On Monday, Eskom shared the rationale for its average annual electricity increase application of 15% for three years under the fourth Multi-Year Price Determination (MYPD4) and Regulatory Clearing Account (RCA) balance application for 2018 made to the National Energy Regulator of South Africa (NERSA).

Eskom’s executives presented their case to stakeholders attending the Cape Town leg of the public hearings undertaken by the regulator that will be held across the country over the next three weeks. Read more: Have your say on Eskom’s price hike

According to the group chief executive, Phakamani Hadebe, Eskom understands that an increase in the tariff may be difficult at this time. However, he emphasised that “not being granted a suitable increase could lead to an unsustainable financial position for Eskom”.

“Due to various factors, the tariff was increased at below inflation for the past two years. This has further impacted the level at which the price of electricity is . However, at its present level, it is insufficient to enable Eskom to cover the prudent and efficient costs, including the servicing of debt obligations, which – as the IMF recently commented – will result in Eskom’s debt posing the single biggest fiscal risk factor to the country,” Hadebe explained.

Meanwhile, Eskom’s chief financial officer, Cassim, gave detailed presentations on the applications, indicating that the power utility has made every effort to control its operating expenditure but it needed, in addition to the savings, more revenue through price increases and balance sheet support from the shareholder.

“Eskom’s financial situation is unsustainable. This is illustrated by the targeted loss for the 2019 financial year resulting in over R15 billion. This in itself will be a challenge due to the recent additional costs associated with trying to keep the system going,” alluded Cassim.

He added: “Restoring operational performance comes at a cost which must be funded and recovered through revenue requirements. This application is coming off a 2,2% (2017/18) and 5,23% (2018/19) price adjustment. Let us remember that debt providers, rating agencies, auditors and other stakeholders will eagerly await this crucial decision.”

“The RCA application of R21,541 million is motivated with facts and evidence to enable prudency assessments by NERSA. We have based it on the MYPD3 Methodology decision and reasons for decision for MYPD 3 RCA 2013/14. The application is driven substantially by revenue under-recovery due to lower sales as assumed in the MYPD 3 decision for FY 2018 and there are cost variances relating predominantly to primary energy costs which off-set the revenue variance related to sales and spent nuclear fuel decommissioning costs of R830 m recovered over 10 years incurred in 2013/14,” Cassim stated.

“If we want to change and make Eskom’s balance sheet sustainable, in addition to Eskom containing its costs, we need to change its returns by prices going up and get it to what is allowed. The shortfall in tariff cannot be solved through cost reductions alone, and while others have pointed Eskom to the debt market, further indebtedness adds to the problem. In the period 2007/2008 to 2017/18 Eskom’s debt has gone up ten-fold compared to price increases that have gone up five-fold.”

According to Eskom, the Department of Energy through the Electricity Pricing Policy and Government (Government support package) indicate that the power utility should have reached a higher tariff level of approximately over R1/kwhr by 2018. This would alleviate some of the significant challenges being faced by the company. 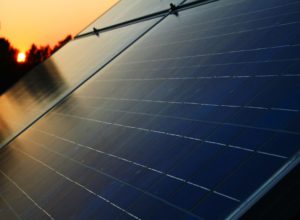