In a new report, Eskom reveals that it is going to put on hold the development of its 100MW Kiwano CSP project in the Northern Cape in favour of a battery storage development project.

However, speaking to the media recently the company’s spokeperson Khulu Phasiwe explained that the project is too expensive to consider at this stage.

“That is why we thought it was best to use the money for something else within the renewable energy sector, hence the decision to invest in battery storage. Our funders were happy with that,” stated Phasiwe.

“Our lenders accepted cancellation of the proposed 100MW Kiwano CSP project, subject to their approval of a suitable alternative solution,” Eskom said in the report.

Eskom disclosed that in March its board approved the development of the battery storage with distributed solar photovoltaic at sites close to renewable independent power producer plants and Sere wind farm. Read more: Greenpeace responds to China’s $2.5bn loan for Kusile power station

“The lenders have accepted the battery storage as a suitable alternative, as it is expected to meet the same objectives as the CSP project,” said the parastal. 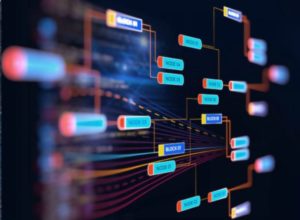 Evaluating the benefits of adopting smart technology in key industries