The Eskom crisis task team has lost another member, Sy Gourrah‚ general manager of Actom Power Systems‚ who confirmed her resignation on Thursday.

Speaking to Business Live, Gourrah explained that her decision was motivated by her employer’s involvement with Eskom.

“Once I saw the scope of the work‚ I had to resign‚” she said‚ noting that Eskom is one of Actom’s biggest clients.

Gourrah revealed that she had resigned in December. Read more: Thousands of job cuts looming at Eskom

President Cyril Ramaphosa appointed the team in mid-December after the power utility had repeatedly implemented loadshedding, partly due to a shortage of coal supplies.

Soon after his appointment, Dames stepped down for similar reasons.

He maintained that he wanted to avoid a potential conflict of interest as his company deals with Eskom regarding coal and renewable energy.

The team has been tasked with fixing the cash-strapped power utility.

The team has been given a broad mandate that will include assessing the appropriateness of the Eskom business model and structure.

It will also review a turnaround strategy submitted by the board‚ including “key assumptions‚ impact on tariffs and industry‚ and viability of proposed solutions on the future role of Eskom”.

The task team is expected to issue its report before the end of January 2019. 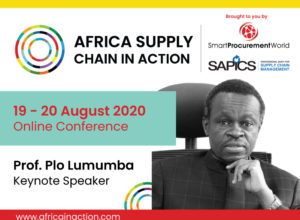