One of Eskom’s non-executive board directors is a formidable engineer and driven business-minded woman – Nelisiwe Magubane, who holds a B.Sc. in electrical engineering and a postgraduate diploma in business administration, has shaped an enviable career.

In 2009, as the Director General of Energy in South Africa, she was responsible for the development of the first Integrated Resource Plan and improved access to electricity for over a million households within four years. Today, even though her role at Eskom doesn’t involve the dayto-day running of the company, as a board member of the power utility one of her key responsibilities is to provide strategic direction. Let’s find out more.

Nelisiwe, now that you are firmly entrenched in the private sector, why do you believe you were selected to be on the Eskom board?

It’s a simple matter of experience – having worked previously at Eskom, in government at the Department of Energy, and now in the private sector, my career spans over 25 years of market-related expertise. The role of a board member is to ensure that the company is healthy financially and that corporate governance principals are being adhered to. Currently, Eskom is at a crucial point requiring a clear strategy to move to its former glory in the country and abroad. The issues are varied and as board members our concerns include the wellness of employees, safety standards being met and cross-border tariffs that impact the company.

A Forbes study of the top 500 companies indicated that companies with more women on their board usually outperform their peers by at least 25% with regard to their return on investment, sales and equity. Of Eskom’s 12 board members, five are women – each chosen based on their respective fields and I’m confident that this board will deliver on its mandate.

Mentors play a crucial role in career development. Who have inspired you?

Different mentors are needed at every stage of one’s life; my first mentor was naturally my mother. Through her guidance I felt confident that I could achieve anything I put my mind to. While at university, a mentor was allocated to me – professor Hellawell. For my engineering studies, having a mentor with whom I could discuss ideas without fear of being judged was incredibly helpful. Starting out my professional career at Eskom was daunting but here my mentor Kevin von Berg, who was two levels above my then-manager, took the time to show me the intricate company ropes and taught me how to be effective in the workplace.

During my time in government, I was fortunate to work closely with Phumzile Mlambo-Ngcuka who is now a director for women at the United Nations. She provided guidance on work-family balance and how colleagues can help each other. She once told me that: you will never recall how many board meetings you attended but you will always remember that time you missed a family gathering or your child’s school play.

Should gender matter and what industry changes are needed so that gender becomes irrelevant?

Currently, gender does matter; the unique skills that women bring to the boardroom are not yet fully entrenched. In the long-term, we need to work towards gender not being an issue by increasing the participation of females in high-level posts and in technical and engineering fields.

Electricity coverage in South Africa is still not 100%. What are your views on this?

On leaving university it was my goal to make a difference in people’s lives. At that time, Eskom had just announced its ‘electricity for all’ slogan; this was something I wanted to be a part of because I had grown up without access to electricity. Today, according to statistics, electricity coverage is about 85% of the population. In my view, we need to start effecting innovatively because the 15% that is left behind are mainly in rural areas. Implementing ideas around mini-grid solutions is a starting point. The migration into cities is also putting pressure on infrastructure; therefore, investment should be directed to the distribution of infrastructure in order to cater for cities’ increased population.

How is the South African energy sector responding to innovation?

The 4th industrial revolution is upon us; however, change in the electricity industry is slow to take effect. Look to smart grid solutions and technology development for smart cities – these are areas that need our attention so that we don’t just survive the future but that we actually thrive in future.

In terms of South Africa being coal-based, in my view all energies are created equal. The question is how to adjust our primary energy source to still be useable as I don’t believe that coal is going to be abandoned anytime soon. Clean coal technologies are an option and the regasification of coal underground, which can add to our gas resources. There are ways in which we can continue to use coal. It’s a question of what we want to achieve as a country and how to use the available resources in the most cost-effective manner to benefit our population.

You have been involved in many projects. Which ones stand out for you?

As you say, there have been so many, but one that comes to mind is our first attempt in 2004 to contract power from the DRC’s Grand Inga. With an intergovernmental memorandum of understanding in place, between Angola, Botswana, Namibia, DRC and South Africa, it was important to have a treaty.

However, the political challenges in the DRC saw this collapse. The lesson here highlighted the importance of having a stable regulatory environment that is resilient enough to withstand any political upheaval. An often-undervalued challenge was the language barrier, in this instance Portuguese, English and French – as well as being cognisant that each country has its own sovereignty. The opportunity here was the value of clean energy from the Grand Inga project and collaborating on infrastructure such as roads; it is a tragedy that it didn’t work out.

Another tough project involved tariff negotiations between South Africa, Mozambique and Portugal that required a long term agreement. At the time, the newly formed Euro devalued Portugal’s electricity tariffs, which had been negotiated at a 30-40 year agreement with South Africa. These stressful renegotiations emphasised the strategic implications of not spending sufficient time and resources into long term agreements standing the test of time.

Nelisiwe, please share your top predictions for the next five years.

Diversifying the energy mix is where much of the industry’s work will take place and to facilitate this, we will see an increase in private sector participation. I also believe that the electricity system as we know it right now is likely to change quite significantly with the possibility of separating generation from transmission. The industry must also prepare itself for an influx of mini-grid deployment for the areas that are far from interconnectors to make sure that they are also served sufficiently.

It is my strong belief that the energy sector is going to form the bedrock for smart cities in Africa and we will see more deployment of ICT, which will further aid this development. The future holds more national and cross-border collaborative efforts because the primary energy sources in the continent are dependent on water resources, which requires strategic thinking for implementing a water-energy nexus and climate change solutions. ESI 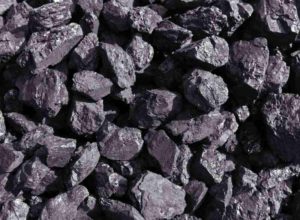