Of late, the climate change dialogue has become intertwined with the COVID-19 crisis conversation—where some argue that the pandemic has given us valuable time to examine and rethink the systems and structures within which we operate.

However, there is a bleaker view that a post-pandemic rush to normalise economies will set reduction targets for carbon emissions on the back burner.

At present, cities across the world have reported experiencing cleaner air, which can be attributed to there being little to no traffic congestion. While the demand for power from intensive energy user industries has dropped, the residential market demand has taken up the slack.

Renewable power projects continue to unfold as prices remain on a steady decline.

A global bird’s eye view shows that in May, solar attracted a record low of $13.50/MWh in Abu Dhabi. This has broken January’s $15.60/MWh for an 800MW solar project awarded by Qatar General Electricity and Water Corporation to Total and Marubeni.

Also during the height of the pandemic in April and May in the US, renewables out-generated coal for 106 days while California awarded seven projects totalling 770MW for battery storage—a key ingredient needed for renewables to soar.

During the same period, Siemens Gamesa announced its launch of a new 14MW offshore wind turbine, for commercial deployment in 2024.

This development is in line with the World Bank’s calculation of 3.1 terawatts of technical potential for offshore wind. The bank identified Brazil, India, Morocco, the Philippines, South Africa, Sri Lanka, Turkey and Vietnam to hold this capacity.

Meanwhile, six new or tightened coal exit policies have been announced by global financial institutions taking the 2020 tally to 37 announcements.

These progressive developments on the carbon emission front could all come to nought as an equally intensive conversation has arisen, which scrutinises whether post-pandemic fiscal recovery packages will accelerate or retard progress on climate change. The concern is that such packages could entrench fossil-fuel-intensive economic systems.

What the pandemic has shown us is that governments do have the political will and capability to act decisively in emergencies.

The world is in a climate emergency, but will there be political leadership such as we have seen during the pandemic? Leadership that promotes stimulus policies to deliver quickly economic multipliers while shifting the carbon emissions trajectory towards net zero.

In view of this, what would your advice be to governments who are likely to want to set aside panic as quickly as possible and normalise the economy? 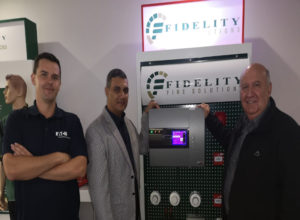