Climate financing by the world’s six largest multilateral development banks (MDBs) rose to a seven-year high of $35.2 billion in 2017, up 28% on the previous year.

The MDBs’ latest joint report on climate financing highlights that $27.9 billion, or 79% of the 2017 total, was devoted to climate mitigation projects that aim to reduce harmful emissions and slow down global warming.

The remaining 21%, or $7.4 billion, of financing for emerging and developing nations was invested in climate adaptation projects that help economies deal with the effects of climate change such as unusual levels of rain, worsening droughts and extreme weather events.

In 2016 climate financing from the MDBs had totalled $27.4 billion.

These banks account for the vast majority of multilateral development finance. In October 2017 the Islamic Development Bank joined the MDB climate finance tracking groups, and its climate finance figures will be included in joint reports from 2018 onwards.

“For the World Bank Group, 2017 was a record-setting year on climate finance as a result of a deliberate effort over the past few years to mainstream climate considerations into our operations. This upward trend is continuing,” said World Bank senior director for climate change, John Roome. Read more: World Bank provides funding for Morocco’s Noor-Midelt complex

“The Multilateral Development Banks are also playing a key role in leveraging private sector finance which will be critical to meeting the objectives of the Paris Agreement. Last year alone, the World Bank Group crowded in $8.6 billion in private financing for climate change, which is up 27% from 2016,” Roome added.

Of the 2017 total, 81% was provided as loans. Other types of financial instruments included policy-based lending, grants, guarantees, equity and lines of credit.

Latin America, Sub-Saharan Africa and East Asia and the Pacific were the three major developing regions receiving the funds. The report contains a breakdown of climate finance by country.

Nyong continued: “African Development Bank’s climate finance grew from 9% in 2016 to 28% in 2017 and on track to meet the 40% commitment by 2020. However, Africa continues to receive only 3% of global climate finance, which does not match the level of ambition put forward in the NDCs of many African countries. Global advocacy and action is necessary to avail requisite climate finance and technology necessary to deliver the goals of the Paris Agreement.” 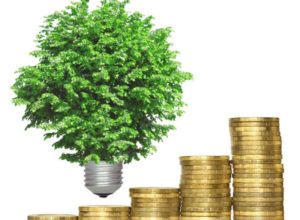