The City of Cape Town has been named the Green bond of the Year – Local authority, by Environmental Finance.

The inaugural green bond, issued in July 2017, was directed to the refinancing of existing projects as preferred by the issuer. Read more: Three organisations rally behind Nigeria’s Green Bond Programme

However, this presented a challenge for some investors, who wanted to address immediate issues such as the water scarcity caused by the drought, the city said.

The city identified eligible projects within its capital programme that were already significantly delivered. The projects were then evaluated according to the Climate Bonds Standard.

The issue, which was four times oversubscribed, was the first externally certified green bond issued by a South African municipality and the first to be listed on the Johannesburg Stock Exchange’s green bond segment.

“This demand was a combination of both investor appetite to invest in sustainable projects as well as to invest in City of Cape Town, being considered to be a high quality liquid asset (HQLA) by the banks in terms of BASEL liquidity requirements,” said Kevin Jacoby, Chief Financial Officer at the City of Cape Town.

In an exclusive interview with the African Utility Week, Jacoby added: “Green bonds are a viable source of funding and provide a platform for municipalities to demonstrate their commitment to increasing the footprint of climate resilience projects.”

The projects that are being financed by these green bonds include water management initiatives (such as water meter installations and replacements, water pressure management, upgrade of reservoirs), sewerage effluent treatment, rehabilitation and protection of coastal structures and energy efficiency in buildings.

On a question whether the city will use the green bonds model in future, Jacoby said: “The choice will be dependent on market appetite to achieve an acceptable market return.” 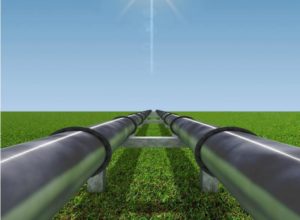