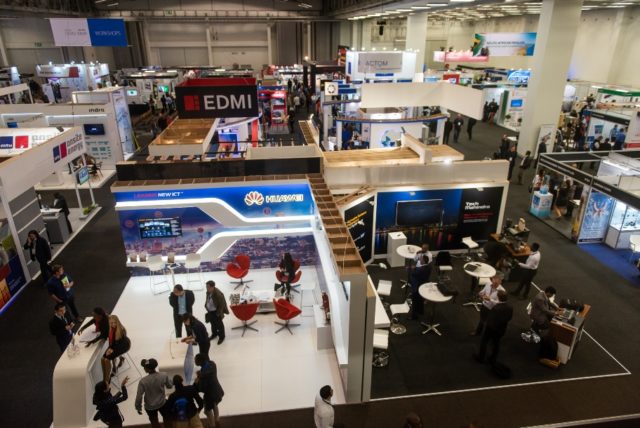 Interview with Giselle Hipolito, the Manager for International Relations at ABINEE, a non-profit civil society that represents the electric and electronic sectors throughout Brazil, and the convenor of the first Brazilian pavilion at African Utility Week and POWERGEN Africa in Cape Town in May.

Let’s start with some background on ABINEE, your members, your aims and your activities.
Abinee is a non-profit civil society that represents the electric and electronic sectors throughout Brazil. Its board of directors, with a four-year mandate, is composed and elected by the associates themselves.

Founded in September of 1963, it has as associates, national and foreign companies, installed in every country and of all sizes. Its importance as a class entity is a direct function of the sector’s representation in the context of the Brazilian economy, as well as the effective participation of its associates in its activities.

The headquarters Abinee located in São Paulo has its performance guaranteed nationwide through boards and offices in Minas Gerais, Northeast, Paraná, Rio Grande do Sul and Brasília. Due to the diversification in the associates’ product lines, the companies are distributed among Sectoral Sector Offices, created with the objective of bringing them together.

Companies that manufacture electrical and electronic products in the country can be associated with Abinee and also system integrators who add local value to their production process, regardless of and origin of capital.

Mission
Ensure competitive development in the country’s electric and electronic sector, the of its legitimate interests and its integration into the community.

Strategic Business Vision
In the information age and globalisation, Abinee plays the role of articulator and trainer of the Brazilian electric and electronic company as an agent that facilitates the strategic and tactical objectives of its associates.

Any specific projects that you are involved in that you are particularly excited about at the moment?
The Electro-Electronic Brazil Programme is the result of an agreement between Abinee and Apex Brasil – Brazilian Agency for the Promotion of Exports and Investments, with the objective of promoting foreign trade in the electronic and electronic sector.

What are your main goals with the South African market at African Utility Week and POWERGEN Africa?
– History of mutual interest in the expansion of the bilateral relationship, through trade agreements and joint initiatives.
– Agreement between Mercosur and SACU, benefiting 27 products from Abinee’s sectoral sectors, whose expansion may help expand bilateral trade.
– Dependence on the international supply of electrical and electronic products in all verticals analysed.
– The largest electronics market on the African continent, which is larger than Peru and Colombia and accounts for half of the Mexican market.
– Possibility of using South Africa as a gateway to the supply of products to the entire continent.
– Among the 10 sectors that dti announces the opportunity of investment projects are: ICT, electrical manufacturing industry and renewable energy generation.

You will bring a Brasilian Pavilion to African Utility Week and POWERGEN Africa in Cape Town in May 2019. Which companies will be part of this stand?

Altus (www.altus.com.br)
A reference for the automation market for more than 35 years, Altus Sistemas de Automação S.A. offers a complete line of products that meet a wide range of customers’ needs in several sectors of the domestic and international markets. Developed with our own technology, our solutions deliver high added value to our customers businesses, enabling productivity, safety and reliability for industrial automation applications and industrial automation processes.

They are a member of Parit Participações, a holding company in the technology sector, which also controls Teikon S.A., a company with operations on the electronic manufacturing market, and HT Micron, which operates on the back-end of semiconductors for the electronic industry.

Balestro (www.balestro.com.br)
Founded in 1952, Balestro was the first manufacturer of the distribution surge arresters industry in Brazil. Balestro develops precise solutions within the market’s requirements and demands, with products such as lightning and high voltage insulators.

With a proposal to work with ISO-9001, underpinned by respect and responsibility, Balestro renders a full service, dedication, support, timely work and seriousness that distinguish its commercial relationship within the Brazilian and international energy market.

Brilliant Energia (www.brilliantenergia.com.br)
Created to apply absolute innovation, a patented technology of surge arresters is capable of saving millions of dollars in maintenance costs to Utilities.

Criem Imports (www.criem.net)
With more than 18 years of experience in the Brazilian market, Criem Imports is a national distributor of products of high technology, quality and safety, with emphasis in energy systems, calibration of devices and maintenance pieces.

The company has strategic alliances with globally recognized foreign providers of a great variety of product lines such as industrial and laboratory electrical connectors and plastic cases.

Criem started a joint venture with Minipa do Brasil in 2018, allowing the development of new measuring equipment and the expansion of their operations into new markets.

FAME (www.fame.com.br)
Founded in 1940, FAME produced soldering iron which was an imported and rare product in Brazil as the world was going through the Second World War. In 1950, FAME started to manufacture and trade gas stoves, steam inhalers, electric kettles, appetizers trays and improved considerably the technology applied to its electric showers.

In the next decades, other products started being produced, such as extensions, multiple outlets, bells, lamp sockets and accessories to fluorescent lamps, alongside their line of electric showers. Today, FAME counts on an industrial conglomerate of 5 manufacturing plants, with more than 2.400 employees, providing approximately 40.000 clients and exporting its products to more than 40 different countries worldwide.

Inova (inova.ind.br)
Founded in 1997, Inova specializes in developing and manufacturing electronic controllers for various segments and electronic itineraries in the automotive and industrial electronic systems markets. Always in search for continuous improvement of its products and services, the company’s greatest differential is its flexibility in manufacturing and its capacity develop new products with innovative production processes.

Lorenzetti (www.lorenzetti.com.br)
Brothers Lorenzo and Eugênio arrived in Brazil in the early 1920’s to continue the work started by their father, Alessandro Lorenzetti, who modestly established a company which is currently one of the largest electrical material and household appliance company in the industry, Lorenzetti S.A. Indústrias Brasileiras Eletrometalúrgicas.

The beginning of the production of automatic electric showers was a milestone in Lorenzetti’s history as it became the company’s main product in the 1950’s. On the following years, the line was expanded with the production of taps and electric heaters. During the 1990’s, Lorenzetti innovated once again when searching for new energy sources, by launching the first electric showers and gas heaters.

Montrel (www.montrel.com.br)
For three decades, Montrel has developed and produced equipment that joins quality with the latest technology available on the market.

Since 2009, the ADR analyzer line is produced to solve electric utilities’ needs to combat losses due to defects or frauds in the meters.

Nova Motores (www.novamotores.com.br)
Founded in 2010, the Nova Group has a product range that includes Three-phase and Single-phase Electric Motors, Synchronous Generators, Enameled and Molten Wires, allowing the solutions developed by each plant and competence area to complement each other to produce motors and generators with a strong technology signature and complete verticalization of the productive process.

After eight years, Nova has developed a complete line of Single and Three Phase Motors, and has consolidated itself as second largest manufacturer in Latin America, in installed capacity as well as in product line options. Currently, Nova is present in more than 15 countries.

Currently, the company has a full mix of solutions in electrical lighting products, supplying them to the entire national market and exporting them to neighboring countries. The company’s main products are: long range projectors, industrial and public lighting fixtures, floor plates, line for grounding rods and garden and decorative fixtures.

Abinee is a non-profit civil society that represents the electric and electronic sectors throughout Brazil. Founded in September of 1963, it has as associates, national and foreign companies, installed in every country and of all sizes. Its importance as a class entity is a direct function of the sector’s representation in the context of the Brazilian economy, as well as the effective participation of its associates in its activities. Abinee mission is to ensure competitive development in the country’s electric and electronic sector, the defense of its legitimate interests and its integration into the community.

Apex mission is  to develop the competitiveness of Brazilian companies, promoting the internationalization of their businesses and the attraction of Foreign Direct Investment

Electro-Electronic Brasil
The Electro-Electronic Brasil program is the result of the agreement between ABINEE and Apex-Brasil, with the objective of promoting foreign trade in the electric and electronic sector. The initiative includes several commercial promotion actions, such as participation in fairs, missions, business roundtables, market studies, buyers projects, among others. The program currently has 92 participating companies, covering the areas of industrial automation, electrical and electronic components, telecommunications, electrical installation material, industrial equipment, electronic security and GTD. 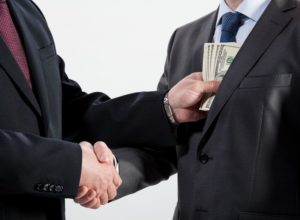