In May 2018, Angola passed Presidential Decree No. 7/18 (PD 7/18), indicating President Lourenço’s commitment to reform the country’s hydrocarbons sector and provide a boost to the gas industry.

The Presidential Decree No. 7/18 is the first law aimed at specifically regulating the prospection, research, evaluation, development, production and sale of natural gas in the country.

The African Energy Chamber is proud to support and celebrate Angola’s official joining of the GECF. We salute Angola and its contribution to Africa’s growing Gas sector. The goal of power Africa through LNG is gradually becoming a reality. @GECF_News @Angola

The Gas Exporting Countries Forum has been at the forefront of promoting the use of natural gas as an affordable and sustainable fuel of choice for sustainable development. has welcomed Angola in the move.

“Joining the GECF is a step in the right direction and in line with H.E. President João Lourenço blueprint for transformation, growth and boosting economic diversification by the monetisation gas,” Ayuk added.

He continued: “The Chamber welcomes the reforms in Angola and its commitment towards diversification and a market-driven local content. This requires that the government provides the necessary infrastructure and incentives that will enhance the productivity of labour and capital in the economy. The private sector has a role to play and there must be a change in its mindset, from commerce to industry.” 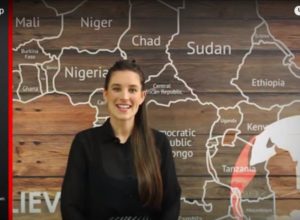