The 53rd Annual Meetings of the African Development Bank (AfDB) opened in Busan, Korea, kicked-off with a call on African governments to create the right environment for the private sector to lead the continent’s industrial revolution.

Participants also advocated for a balance between the role of the state and the private sector.

Korea was presented as a good model for industrialisation, which African countries can learn from. Read more: AfDB, JSE and IDC provide business exchange platform

“Korea’s example is incredible. Korea was as poor as any African country in the 1960s with a low per capital income. Today, thanks to the determination of its people and its commitment to industrialisation, Korea is the 11th biggest economy in the world, an example Africa should learn from,” said AfDB President, Akinwumi Adesina.

Discussions around the media breakfast table focused on the theme of the 2018 Annual Meetings, Accelerating Africa’s Industrialisation, and the need to tell the great stories of Africa – the story of a resurgent continent ready to take its rightful place in the industrial world.

“If you look at countries that have industrialised – China, South Korea, Singapore and many others – the role of the State was clear,” said Adesina.

He added: “One of the things that I think we need to take out of this conversation is that the State has a great role to play in Africa’s industrial revolution, particularly in terms of industrial policy, providing direction, support for infrastructure, and directing capital to particular industries,” he stressed. “Ethiopia is a very good example.”

Adesina explained that industrialisation was selected as the theme of the 2018 Annual Meetings to further showcase what Africa can learn from a country like Korea.

On the sidelines of the event, the bank signed a Memorandum of Understanding (MoU) with the United Nations Industrial Development Organisation (UNIDO) to step up collaboration to boost Africa’s industrialisation.

The new agreement facilitates the Bank and UNIDO cooperation on joint activities of shared interest in areas such as agro-industry development, circular economy, eco-industrial parks, investment in innovation and technology, enterprise development, trade and capacity-building, and access to finance, among others.

The MoU is in line with objectives set in the Bank’s High 5 strategy, the African Union’s Agenda 2063, the Third Industrial Development Decade for Africa (IDDA III), the UN’s Agenda for Sustainable Development, as well as the G20 Initiative on Supporting Industrialisation in Africa.

“Achieving Africa’s industrial potential will not happen by chance; strong partnerships such as the one our two organizations have now formalized are key,” said Philippe Scholtès, managing director at UNIDO. 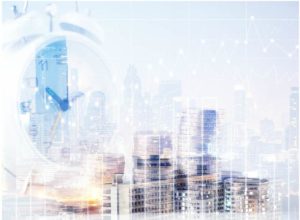