An investigation conducted by the Bank’s Office of Integrity and Anti-Corruption established that Chinese-based CHINT Electric engaged in a multitude of fraudulent practices – in bidding for contracts in the context of numerous Bank-financed power projects.

The company is reported to have misrepresented its experience with similar assignments in order to meet qualification requirements.

As part of the settlement, in consideration of the company’s cooperation with the investigation, the AfDB imposed a debarment on CHINT Electric for a period of three years, subject to the company enhancing its corporate compliance programme within that period to the institution’s full satisfaction.

During the debarment period, the company is ineligible to be awarded contracts under any AfDB-financed project or to be a subcontractor, consultant, supplier, or service provider of an otherwise eligible firm in the context of a Bank-financed project.

The debarment qualifies for cross-debarment by other multilateral development banks under the Agreement for Mutual Enforcement of Debarment Decisions, including the Asian Development Bank, the European Bank for Reconstruction and Development, the Inter-American Development Bank and the World Bank Group.

The African Development Bank will verify the adequacy of CHINT Electric’s compliance framework and the robustness of its implementation prior to any release decision.

In addition, CHINT Electric commits to cooperate with the Office of Integrity and Anti-Corruption in its investigations of unrelated cases of misconduct in AfDB-financed projects.

The period of debarment may be reduced to 24 months if CHINT Electric complies with all conditions of the agreement early.

“Procurement under the Bank’s rules aims at ensuring optimal value for money for the Bank’s Regional Member Countries,” said Bubacarr Sankareh, Acting Director of the Office of Integrity and Anti-Corruption of the African Development Bank.

“The misrepresentation of a bidder’s qualifications materially undermines this objective and is therefore taken very seriously by the institution.”

Between 2012 and 2017, CHINT Electric participated in the tenders for:

In the context of the above tenders, CHINT Electric misrepresented the technical specifications, the value, the execution period and/or the degree of completion of contracts used as credentials in order to qualify for the tenders. 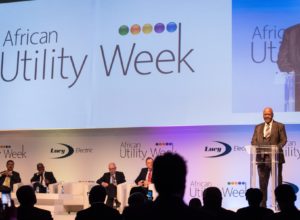 Lessons from mining: A focus on large power users at AUW...