Africa Energy Series (AES) investment reports are set to launch at the Africa Oil & Power conference and exhibition at the CTICC in Cape Town this week.

All delegates attending the conference will receive a copy of the AES reports.

Providing a broad outlook on the energy sectors of South Africa, Angola, Senegal, and Equatorial Guinea, the AES investment reports are a compilation of resources, articles and interviews with key industry players examining the potential and challenges in each country’s petroleum industry.

The investment reports are a vital resource for investors entering or expanding their presence in the continent’s energy sector.

Covering both macro and micro-dynamics, the AES reports are one of the few holistic and informed resources available for an otherwise information scarce industry.

South Africa’s Minister of Mineral Resources and Energy, Gwede Mantashe will launch the South Africa report on the first day of the conference.

This will be followed by Mouhamadou Makhtar Cisse, Senegal’s Minister of Petroleum and Energy who will present the report on Senegal, which has been endorsed by Macky Sall, the President of Senegal as “the official publication documenting the immense investment opportunities within our oil and gas sector and within our country”.

Showcasing the country’s energy industry, the AES: Angola report will be launched on the second day of the three-day conference.

Endorsing the report, the country’s President João Manuel Gonçalves Lourenço said: “At a time when our country stands resolute in its efforts to attract investment and promote partnership in all segments of the energy value chain, it has never been more critical to showcase the vision that our country has for its petroleum and gas industry to the rest of the world.”

Lourenço added: “I am honoured to present the Africa Energy Series: Angola 2019 report as an official publication exploring the past achievements, future endeavours and untold investment opportunities present in our ever-growing oil and gas industry.”

Gabriel Mbaga Obiang Lima, Minister of Mines and Hydrocarbons of Equatorial Guinea will present the AES: Equatorial Guinea 2019 report, which has been embraced by the country’s President, Teodoro Obiang Nguema Mbasogo as a means to honour the contributions of individuals, organisations, government and the private sector who have remained committed to the country’s development.

“I am delighted to present the Africa Energy Series: Equatorial Guinea 2019 report as the official publication documenting the Year Of Energy and detailing the oil and gas achievements of this country,” said President Mbasogo, while endorsing the country’s second AES investment report.

Under the theme #MakeEnergyWork, Africa Oil & Power will facilitate discussions on new technology disrupting the energy sector, the potential of renewable energy, the state of the oil and gas industry, local content development, and more. 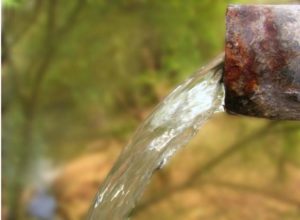