South Africa’s power utility, Eskom says its fully cognisant of the risk of corrosion of civil structures at the Koeberg Power Station, which is a result of the station being located in a corrosive environment.

Ongoing testing on the Koeberg containment buildings, which house the reactor and associated nuclear components, have proven the structures to be capable of withstanding the most severe accident, says the power utility, adding “this containment programme has been managed closely since construction.”

According to Eskom, the tests comprise quarterly and annual measurements to identify any abnormal movement (such as expansions, settling, etc.), visual inspections to identify physical degradation (such as cracks, spalling, efflorescence) and by performing the Integrated Leak Rate Tests (ILRT) on a 10-yearly basis.

“The results of the ILRTs have shown conclusively that the design functions of the containment buildings are met. The test results of the ILRT were also compared with international plants of similar design and it was found to be in-line with industry norms. The ILRT represents the worst case accident scenario and proves the containment buildings to be capable of withstanding the most severe accident,” states Eskom.

The power company highlighted that the main concern to the long term system health of the containment buildings is the deterioration of the externally exposed concrete surfaces due to chloride ingress that causes reinforcement corrosion and the potential effect on the pre-stressing tendons. Concrete repairs have been implemented to reinstate areas of the external façades where spalling and delamination occurred due to reinforcement corrosion.

In conclusion, Eskom says: “A long term solution to prevent rebar and tendon corrosion due to chloride ingress is the implementation of an induced cathodic protection system. This is being implemented as previously recommended by a team of international civil engineering experts.

“The information from the ongoing testing, inspections and maintenance is included in the assessments being implementing as part of the work required for Koeberg’s life extension and Eskom remains confident that the issue is fully under control.”

You should also read:
Response to Eskom CEO’s comments on distributed generation 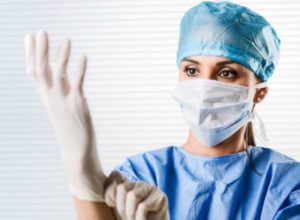 Improving the health and safety of mining communities through cool surfaces