South Africa’s 2019 Integrated Resource Plan (IRP) indicates that the move to diversify the energy sector is gaining momentum and that it will help reduce the country’s reliance on carbon-intense technologies and greenhouse gas emissions.

It is important to note that the intended move away from coal-fired power generation is very positive, and that the choice of materials used in electrical systems of new constructions, especially those containing harmful gasses, could have a negative effect on the environment.

The European Commission (EC) is currently assessing the availability of alternatives to fluorinated greenhouse gases in switchgear and related equipment, including medium voltage (MV) secondary switchgear. The EC’s decision will be significant in Europe’s battle against climate change.

F-gases are a range of chemicals involving fluorine that have been used for a variety of things including the manufacture of shoes, tennis balls, windows, and as a coolant in refrigerators. The F-gases include SF6 – or sulphur hexafluoride – that has a global warming potential of around 23,500 times greater than carbon dioxide. SF6 is still used by many manufacturers as an insulator and switching medium in MV switchgear.

Globally, the energy industry utilises 80% of the SF6-gas that is manufactured.

Many applications of F-gases have been prohibited or were scheduled for prohibition by the 2006 legislation and its first review in 2014. Utilising them in tyres was banned in mid-2007, and domestic refrigerators haven’t used them since the start of 2015. Earlier this year, the use of F-gases in some home air conditioners was outlawed across the European Union (EU).

The significance of the gas as a driver of global warming is growing continually, with measurements from the US National Oceanic and Atmospheric Administration showing that concentrations of SF6 in our air have more than doubled over the last 20 years. For comparison, the amount of carbon dioxide in the atmosphere has grown by around 11% over the same period.

South Africa’s greenhouse gas emissions are among the highest in the world, with emissions of approximately 10 metric tonne per capita per year. This has been ascribed to our coal intensive energy system, as well as changes in land use profiles, which exceeds the emission levels of many other developing countries of a similar size and profile.

How can we reverse this trend?

South Africa has signed several multinational environmental agreements, including the United Nations Framework Convention on Climate Change (UNFCCC), the Kyoto Protocol, and the Paris Agreement on Climate Change. Our country has committed to reducing its greenhouse gas emissions by 42% by 2025, and enacted the National Environmental Management: Air Quality Act in 2004.

The country’s Department of Environment, Forestry and Fisheries also published a notice governing the submission of ‘Subsequent Pollution Prevention Plans’ under that Act, in October 2020, proposing a process to manage carbon budgets for 2021 and 2022.

The broader problem of SF6’s contribution to the greenhouse effect has, in recent years, been compounded by the proliferation of green energy sources. Whereas generation capacity came predominantly from a few, large installations like coal and gas plants, the renewable sector is constructing many smaller wind and solar plants; all of them utilising switchgear, some of which still make use of SF6-filled switchgear instead of safer and environmentally friendly alternatives.

Many companies and organisations are opting for alternative and more environmentally friendly insulating materials. Hydro Extrusions, a global supplier of aluminium-based in Norway, renewed its switchgear last year and opted for solid and vacuum insulation-based units with similar size and performance qualities to the SF6-based alternative. In 2017, Zenium Data Centres opted for SF6-free switchgear in its new purpose-built data centre, London One, as did the six-kilometre Stockholm City Line rail tunnel.

The EU regulation No 517/2014 on fluorinated greenhouse gases, requires in article 21 (4) for the commission to assess whether there are cost-effective, technically feasible, energy-efficient and reliable alternatives to SF6, which make the replacement of fluorinated greenhouse gases (F-gases) possible in new MV secondary switchgear. The current report responds to this requirement under the regulation and in addition, focuses on new MV primary switchgear and switchgear with higher voltages as well as generator circuit breakers and other equipment related to switchgear.

The F-gas targeted in the EU regulation report is SF6, which has been used in switchgear for decades as an insulation material and current breaking medium. SF6 has a lifetime of 3,200 years in the atmosphere and any increase in atmospheric levels is effectively locked-in for several millennia, which makes it even more urgent that we act now to prevent this from occurring.

Raising awareness of current SF6-free switchgear, and alternatives, should lead to a greater demand for it and ultimately companies and organisations will specify and request it exclusively. As custodians of our planet, when we work together, we can make better and meaningful decisions to combat climate change. 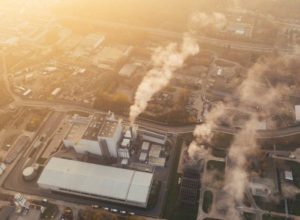