South Africa’s environment minister, Barbara Creecy, has rejected Eskom’s objection to and confirmed the compliance notice issued to Eskom in December 2019 by the Department of Environment, Forestry and Fisheries (DEFF) to Eskom in relation its Kendal power station.

Eskom had objected to a notice demanding compliance in terms of their Kendal coal-fired power station in Mpumalanga, which has been emitting over the allowed amount of emissions.

The Department of Environment Forestry and Fisheries (DEFF) imposed a compliance notice signed in December 2019, ordering the facility to halt operations at one of the units.

Continuing with the order, the DEFF’s Environment Minister, Barbara Creecy, has now ordered the following:

Read the notice here:
Decision on objection to compliance notice

Kendal units must shut down ‘in 30 days’

The Kendal power plant was found to be operating above the emission limits since strike action in late 2018 left infrastructure vandalised and damaged.

In a statement on 30 April 2019, Eskom said they were aware of the breaches and had begun a process of maintenance to mend the issues.

Eskom reported that after a four-month shut-down for maintenance and rectification work on the electrostatic precipitator (ESP) of Kendal Unit 1 on 2 November 2018, the unit had been operating with particulate emissions below the mandatory limit of 100 mg/Nm3 after being resynchronised to the grid on 29 March 2019.

“Eskom acknowledges the environmental breaches emanating from its operation of the Kendal power station, and is in the process of mending technical faults that led to them. This, however, will take some time to be completed as a significant amount of repair work is required.”

In her decision, Minister Creecy said that she is “mindful of the fact that failure to take action to bring [Kendal] back into compliance … will continue to present serious environmental impacts and health threats to the affected communities.”

Thomas Mnguni, from environmental non-profit organisation groundWork, said: “Although Minister Creecy’s decision gives Eskom more time to comply, her decision sends an important signal to Eskom that the dangerous health impacts of its emissions are unacceptable.”

“Kendal is just one of Eskom’s power stations, and not even one of its older plants – Eskom currently plans to operate this plant until 2044,” said Mnguni.

Should Eskom not comply with the latest directive, Creecy warned that she would not hesitate to revoke Kendal’s operating licence in terms of the National Environmental Management Act. 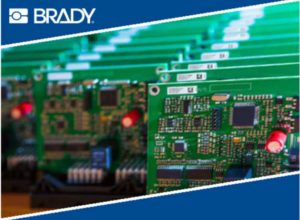