Africa’s only nuclear power plant Koeberg, situated in Cape Town, is coming to the end of its original design life.

It was constructed in the late 70s and commissioned in the early 80s and has been running since 1984 and 1985 on unit one and two respectively.

Eskom’s chief nuclear officer, Riedewaan Barkadien, says the decision to extend the life of the plant was a “no brainer from a business case perspective”.

During the recent five-part webinar series on the nuclear energy position in the sector by the Nuclear Industry Association of South Africa (NIASA) in partnership with ESI Africa, Barkadien said in line with practices at many nuclear plants internationally, “many operators have opted to extend the life of the plant because the investment required pales in comparison with the benefit of 20 years of additional life for the plant that is already there.

“And on that basis, and some of the plants are actually running up to 80 years on that basis, Koeberg’s plant life extension was started as far back as 2007. And with a business case approved within Eskom in 2010. That’s now in line with the integrated resource plan of 2019, which confirms that Koeberg is required for an additional 20 years from 2024 to 2045.”

According to the Eskom CNO, it may seem like a long time, but that it is in line with the timeframe for some of the projects internationally and in the nuclear industry.

“And it really talks to the complexity of this kind of project. And if one looks back, a number of activities have already been completed to enable this. So we’ve done things like replacing a number of components that would not make it for an additional 20 years or to the end of the original design life.”

First of its kind

So far Eskom has replaced the original low-pressure turbines for the plant generator transformers as well as the refuelling water storage tanks, which hold over 100 tons. This was a first of its kind in the nuclear industry, according to Barkadien.

“One of the reactor heads has also been replaced, all of which are needed to facilitate life extension. A number of other components that are still required to be replaced, the most significant one in terms of cost and scale, are the steam generators.”

Barkadien said the arrival in September 2020 of the first of the six generators that will be replaced, represented “quite a momentous milestone on that project. And yes, it’s a multi-billion rand project, this steam generator replacement, that together with replacement of the second reactor vessel head and a number of other life-limiting components over the next few years, are what’s required to enable the life extension”.

It is not just about replacing components of the power plant that may not last, it is also a key part of the project to ensure that Koeberg complies with the National Nuclear Regulator (NNR) requirements for life extension.

Barkadien notes: “In 2019, the NNR issued the regulatory documents talking to what’s required. So we’ve got the plans in place now to comply with all of that, and to meet all of those requirements.

“Basically, what’s required to extend the life of the plant for an additional 20 years beyond 2024 is that we need to submit to the nuclear regulator a safety case demonstrating that all of those licence requirements are met, and will be met during the long term operation.”

A few key items that are required to be included in the application to the regulator are the ageing management evaluations to prove that the ageing of all of the components on the plant will be acceptable or will be within the capability of the components for an additional 20 years.

“And we’ve done the initial assessments,” Barkadien explains, “tens of thousands of components have been reviewed as part of the evaluation which follows the IAEA (International Atomic Energy Agency) SALTO Process, the Safety Aspects Of Long Term Operation. So, very clear guidance for how that gets done, it’s quite a robust process. Also then, the replacement of major components, which won’t last for an additional 20 years, is now well underway.”

The process also entails some additional modifications that are required to introduce improvements from a safety perspective.

Finally, for the safety assessment, the IAEA’s Periodic Safety Review (PSR) process will also be used to demonstrate the safety of the plant for the additional life.

“All of that is put together in the safety case that we then submit to the regulator for approval, and that’s needed by 2024,” says Barkadien. “And that work is well underway. A lot of involvement from industry and support required from industry and studies that need to be done to ensure that that happens and we have a lot of works happening at the moment and we’ve got a number of local and international suppliers supporting us in that space.“

Another aspect of Koeberg’s long-term operation strategy is its alignment with national waste management requirements.

According to Barkadien, Koeberg’s used fuel is stored in “wet storage on-site in our spent fuel pools, one for each unit. These have now reached capacity and we’re now moving the used fuel into dry storage casks, the first of which were completed in around 2000. But we restarted that in June 2020, where we filled two casks and that will be an ongoing process. The intent with those casks is to store them on-site for around five to 10 years before we run out of space.”

He says it is important therefore that the used fuel will need to be stored in a central interim repository that’s being established by the National Radioactive Waste Disposal Institute (NRWDI) at the moment.

“There’s a very clear link between what we do on-site storing that fuel and what gets done at the central interim repository that that now is being established by the NRWDI.” ESI 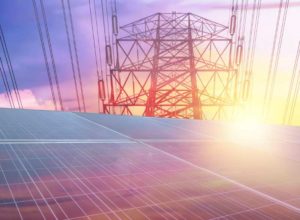 Bringing renewables to the grid to unite African system operators