In a statement, Eskom said unit 8 of the Camden Power Station was synchronised onto the grid on Thursday, with unit 5 expected to return to service on Friday afternoon.

Five other units will return to service between 1 and 19 September, while unit 3 will remain on a major outage for the next three months. Returning Camden Power Station to operational status will return a total of 1,400MW to the national grid.

The 1,600MW power station was closed to relocate ash from an unsafe dam at the station. The dam was used to store ash from burning coal. Eskom said an independent contractor had concluded four months ago that the current dam had reached its maximum height.

“Therefore it posed a safety risk to all personnel on site, including neighbouring communities and could also be a cause for environmental contravention if not attended to.”

To create more space the second phase of the project will be to excavate 800,000 cubic meters of ash from the north side of the dam to a mine for beneficiation. This project should be completed by the end of November.

This closure thanks to the unsafe ash deposits is one of several environmental bedevilling Eskom. Around the same time as the ash dam forced the closure of Camden Power Station, Eskom acknowledged the environmental breaches emanating from its Kendal Power Station, which also faces looming closure if the problems are not addressed.

Kendal Power station has been operating above acceptable emission limits since infrastructure was damaged during a strike action late in 2018.

Necessary repair work can only happen when the generating units are taken offline and currently three of the units at Kendall Power Station are operating above emissions limits set by the Department of Environment, Forestry and Fisheries in 2015. 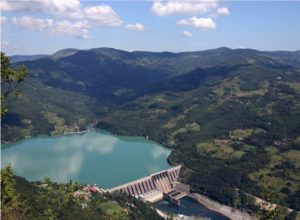