In South Africa, after more than four months of steady supply, state-owned power utility Eskom warns of the high possibility of having to implement loadshedding during the evening peak once again.

The utility said in a statement that it is working hard to return generating units to service, and requests the public to reduce electricity usage as the power generation system is severely constrained.

One generation unit at the Tutuka power station tripped, while another one was taken off the grid, as well as a unit at Lethabo.

The return to service of a generation unit each at Duvha and Kendal power stations have been delayed. All of these have added significant pressure to the generation system, said Eskom.

The possibility of loadshedding comes at a time when weather forecasters predict the “most eventful winter weekend in Southern Africa in many years”. A mammoth cold front made landfall today bringing heavy rains and even snow in high-lying areas.

Eskom advised that any additional breakdowns will compromise its ability to supply the country through the peak demand period of 17:00 – 21:00. This constrained supply situation may persist through the weekend.

“We urge the public’s co-operation in managing demand in order to help us avoid loadshedding and supply the country’s demand through the peak periods.” 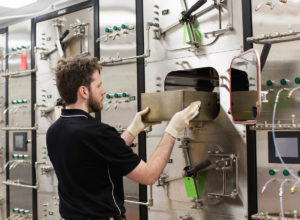