It is disheartening that loadshedding in South Africa is back. The reason this time is due to wage negotiations.

Yesterday Eskom’s national spokesperson, Khulu Phasiwe, tweeted: “Due to high unplanned outages, there is a risk of stage 1 loadshedding this evening, especially between 5pm and 9pm. Low staff attendance due to acts [of] intimidation has resulted in huge backlogs in returning to service the power generating units that are offline.”

The utility is making good use of various social media platforms alongside traditional communication channels to keep South Africans informed. However, not everyone is appreciative of these efforts as Phasiwe’s tweet resulted in a barrage of responses expressing concern, doubt and anger.

One tweet asked why the country has loadshedding when Eskom sells surplus electricity to neighbouring countries and suggested rather cutting the exported power first. Another tweet brought the energy mix into question, asking why renewables hadn’t come to the rescue.

The utility’s underperformance places the country at risk of losing investor confidence and negatively impacting the economy. Therefore it is in everyone’s interest to bring the current stalemate to an end – ‘strike season’ can’t continue as the norm.

Reported this morning as possible industrial action, a coal truck was petrol bombed at Eskom’s Hendrina power station. At the time of writing this, it is not clear whether this is linked to the current wage strike and acts of intimidation.

The wage negotiations between the unions and Eskom resume today under the auspices of the CCMA. I don’t foresee a quick, decisive outcome – do you? ESI 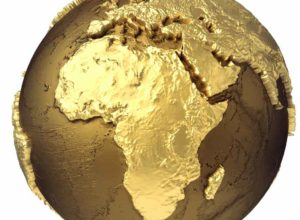