Kiren Maharaj, divisional executive for primary energy at Eskom, says that as the world’s second largest CO2 emitting entity, South Africa’s state owned power utility is looking for ways to reduce its carbon footprint, adapt to climate change, and actively participate in national and international initiatives to conform with a cleaner energy future.

At the same time independent coal sector consultant, Xavier Prevost, says that South Africa does in fact lead the world in something: that being its status as the planet’s most coal for energy dependent country, at 93%, followed by Poland at 90%, China at 79% and Australia at 76%.

Eskom has set itself an internal target to reduce its carbon footprint by 34% from the current rate of 0.96 tonnes/MWh. However, this aim is complicated by the delays that have occurred in the establishment of new power generation capacity. With construction of the large 4,788 MW Medupi power station now running well behind schedule, and the commissioning of its first unit having been moved from an original timeline of June 2011 to late 2013 (and indications that the 4,800 MW Kusile power station will also run late) the country’s shortfall of electricity is critical. In addition, further base load provision plans, which should already be underway, have not yet been initiated.

That the South African public has not suffered rolling blackouts may have lulled it away from the belief that the country is in the midst of an electricity crisis. In part, Eskom has kept the lights on by paying large industries such as those in the ferrochrome sector not to use their full capacity. To be fair, Eskom has used the space it bought and has made inroads into its power station maintenance backlog.

Notwithstanding that, South Africa’s current electricity crisis is summed up by the fact that between 1994 and 2008 the country experienced about 64% growth in its GDP but only a 14% growth in power capacity and this gap is impacting its future economic growth. South Africa’s total generating capacity has to increase from current levels to about 70,000 MW by 2025. Taking into account maintenance programmes, Eskom had not much more than 36,000 MW available to supply the grid at the end of May 2012, when it ended its buyback programme. The increase in capacity required is large. According to the country’s integrated resource plan (IRP) a lot of this new capacity is projected to come from renewables with Eskom’s reliance on coal fired power to be reduced from 90% to 65%.

The country is underway with a renewable energy independent power producer programme (REIPPP), of which two rounds of bids have been submitted and a third is planned, to establish 3,625 MW of renewable power capacity. However, renewables capacity requires either expensive storage or the associated reserve margins to be in place to back this up; these reserve margins simply do not exist at the moment.

In addition to the renewables bidding programme underway in South Africa, on the renewables front Eskom has under construction the 100 MW Sere wind farm in the Western Cape, comprising 50 turbines of 2.0 MW each. It is undertaking a pilot 100 MW concentrated solar power project which is widely expected to go ahead. The company has installed small photovoltaic installations at its Kendal (625 kWp) and Lethabo (575 kWp) to power auxiliaries. These if anything illustrate the gap between the country’s renewables ambitions and the reality of an immediate 3,000 MW existing shortfall in generation capacity.

Eskom CEO Brian Dames reminds that while desirable, the addition of renewables capacity comes at a price. No doubt he is aware that while many South Africans like the concept of renewable energy many are perhaps even more enthusiastic about resisting increases in prices for services such as electricity.

Econometrix senior economist Rob Jeffrey reminds that South Africa has a highly carbon intensive industrial sector and the higher that carbon intensity the higher the cost of trying to move from a high carbon to low carbon environment. He adds that the possible implementation of carbon taxes in South Africa in the form in which they have been envisaged may break the back of the country’s economy.

A lot of factors are in play. Decisions have to be made; on the 9.6 GW nuclear programme; in what form non-renewables IPPs from inside and outside South Africa will be allowed to operate in the country’s electricity sector; the new potential of gas in the region; future renewables plans beyond round three of REIPPP bidding. The good thing is that there is a lot in the mix, uncertainty sometimes also being a sign of promise and opportunity, but I don’t believe anyone really knows how all this will pan out in the medium term.

Over the long term, the world is progressing down the carbon intensity chain, but traditional power sources will remain the mainstay for a long while to come and transitions such as South Africa and the world envisage are likely to be slower than optimists believe.

Ed’s note: What you need to know to submit your nominations for Elites 2022 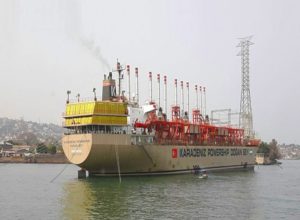 DMRE and IPP Office say powerships are the right choice for...