South Africa’s fledgling wind turbine service technician training programme, will be ‘skilling its graduates for unemployment’ if construction on the next round of state-commissioned wind farms doesn’t begin within the forthcoming year.

This is the warning from Naim Rassool, director of the South African Renewable Energy Technology Centre (SARETEC) at the Cape Peninsula University of Technology in Cape Town.

It will also jeopardise the future of this training centre, one of only ‘five or six globally’ that has a 2.5MW wind turbine housing and associated components, supplied by manufacturer Nordex Wind Power, on site for training purposes.

SARETEC was set up by the Department of Higher Education and Training in 2012, in response to the anticipated growth in the renewable energy sector here. The first intake of wind technician trainees was in February 2016. To date, 30 graduates have passed through the five-month training programme at SARETEC, and gone on to complete another two months of practical work in the field.

All of these graduates have been absorbed by the domestic industry.

‘The most recent 15 graduates were fully sponsored by Nordex, which speaks to the commitment of the industry,’ says Rassool.

The wind power sector is expected to boom, possibly mirroring its growth in the US market, where this specialist wind turbine service technician job is the ‘fastest growing occupation’, according to the US Bureau of Labor Statistics.

This anticipated domestic growth follows the implementation of the Department of Energy’s (DoE) Renewable Energy Independent Power Producer Procurement Programme (REIPPPP) in 2011, when the DoE began commissioning private energy firms to build and operate 96 renewable energy plants around the country.

Half of these plants – mostly using solar and wind energy technologies – have already been built and are fully operational, feeding energy into the national grid.

Wind farms generate the greater number of operational jobs, says Rassool, since the turbines have so many working parts and need maintenance and repair work. Solar plants tend to generate more jobs during the construction phase, as photovoltaic panels need to be assembled; but once operational, plants do not require a large team to keep them running.

‘The wind farms have a contractual obligation (to the national power utility, Eskom), to remain operational 95% of the time,” explains Rassool, leaving little ‘down time’ for work on of the units.

Each wind farm must have at least two technicians on site, with one technician for every three turbines, at any given time, to ensure that immediate repairs can be done, as well as the regular maintenance work. For safety reasons, there always have to be a minimum of two technicians present when working on a tower.

But while about half of the plants that have been commissioned by the state as part of the REIPPP programme since 2011 are now operational, construction on the next batch of 26 plants, including solar and wind sites, is on hold.

This is owing to delays by Eskom to sign the contracts that will set the price at which it will buy electricity from these plants.

Until these contracts are signed, private firms cannot begin construction of the sites.

Signing of these ‘power purchase agreements’ (PPAs) has been delayed by Eskom for almost two years now, prompting the private sector to consider challenging Eskom in the courts.

Rassool says these construction delays threaten skills development in the sector, as well as the future of SARETEC, which has been funded by the state to the tune of R105 million ($7.7 million) between 2012 and the end of 2017. Meanwhile, the private sector has injected further funding in excess of R30 million ($2.2 million) into the centre.

The next round of wind turbine service technicians begin their SARETEC training this February, as well as the first recruits for the solar PV technicians’ course.

These wind farms are owned by private energy firms (‘IPPs’ or independent power producers). Some of these IPPs run the farms themselves, but in some cases, the foreign companies which supply the technology are contracted to run the farms and manage the turbines for the first five to seven years which span the warranty period of the turbines. Once this period expires, they hand the operations side over to the IPP.

For instance, the Hopefield Wind Farm, about 130km north of Cape Town, is owned by Cape Town-based Umoya Energy, and is operated by Danish wind turbine manufacture Vestas.

Many of the ‘original equipment manufacturers’ – ‘OEMs’ like Nordex-Acciona and Vestas – which supply farms with their equipment, are hiring SARETEC graduates, according to Rassool. But once the warranty expires on the turbines, and the IPPs take over operation of the plants, the IPPs will be the main recruiters of technicians.

Rassool says the industry is anxious that the two-year delays in signing of contracts with the next round of developers will cause the wind sector’s job market to become saturated, and local wind farms will not be able to employ graduates from courses run in 2018 and onwards. 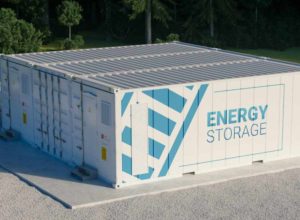