The rise of renewable energy across Africa 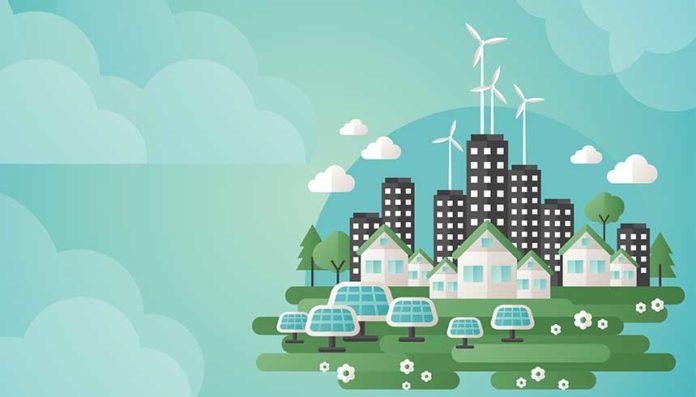 Okosi chaired a panel on, “Green Promise: The rise of renewable energy” at the recent TXF Africa Trade Finance Conference in Nairobi, Kenya earlier this month.

The extent of the power deficit across Africa is well documented and increasing electricity generation across the continent is the focus of a number of initiatives at both national and supra-national level, Okosi said.

Noting that the African Development Bank’s (AfDB) New Deal on Energy for Africa has set as its target universal access to electricity across Africa by 2025.

To achieve this target, the AfDB believes 160GW of new on-grid generation and some 75 million new off-grid connections will be needed, through a mix of conventional and renewable energy sources.

“The panel discussion focused on how much renewable energy can contribute towards meeting those goals,” she added.

Okosi explains that the panel started by considering why renewable energy offers such promise across Africa.

The abundance of renewables resources across Africa presents the most obvious and compelling answer. Africa boasts a wealth of opportunities across solar, wind, hydro and geothermal technologies.

The continent has well over 10 TW of solar potential, 350 GW of hydroelectric potential, 110 GW of wind potential and an additional 15 GW of geothermal potential.

She says that the AfDB’s paper ‘The New Deal on Energy for Africa’ notes that a woman living in a village in northern Nigeria spends around 60 to 80 times per unit more for her energy than a resident of New York City or London.

Even at scale, with the advances in renewable energy technologies, renewables are starting to compete with conventional energy sources from a pricing perspective.

“The speed and flexibility of off-grid renewable energy solutions was also noted as a major advantage. As an example, the panel discussed the development of ‘pay as you go’ renewable energy generation for domestic use and SMEs across the continent: small solar powered units can ‘leased’, even with top-ups paid for using a mobile phone. The entry-level units generate enough power to charge mobile phones and provide basic lighting,” Okosi explains.

Okosi explains that when challenged as to whether renewable energy really does hold such great promise, panel members acknowledged that in many instances renewable energy may not currently be able to fully meet base load requirements.

But significant advancements are being made in technologies, particularly around increasing renewables storage capacity, and in ‘smart grids’ capable of adjusting generation capacity from multiple sources as need arises.

“Nevertheless, the overall conclusion from the panel discussion was that renewable energy will have a major role to play in meeting Africa’s power deficit,” she said.