The vibrancy of the sector could be seen at the recent African CEO Project Developers Summit in South Africa, which gathered CEO’s of leading developers companies, infrastructure financiers, and institutional investors to explore new opportunities and innovative models to facilitate finance and investment in infrastructure in Africa.

What are the features of this new landscape? Firstly the private sector is front and centre, with privately developed and financed projects fulfilling a role which has traditionally been filled by state-owned utilities and companies. To do this, companies require a high level of both local and global knowledge, in order to pull together all the stakeholders required for the success of such projects.

Secondly, the onset of cost competitive solar PV and wind power provides power developers and countries with a whole series of new options to achieve electrification.  Renewable power projects are of a more manageable scale, quick to deploy and meet the urgent electrification needs of the continent.  This compliments the “mega-projects” that require very long lead times and often entailed huge delays and cost overruns.

Progress is being made. According to the latest figures from the International Renewable Energy Agency (IRENA), Africa installed 4.1GW of new renewable energy capacity in 2016 – twice as much as it brought online in 2015 – bringing capacity to 38.2GW.

An example of the ongoing progress in the power sector is the 10MW Soroti solar PV project, that was developed and built in an unprecedented time frame and is solving local grid bottlenecks and meeting electrification needs in Eastern Uganda.

The project was the country’s first grid-connected solar plant and East Africa’s largest solar IPP and it will generate clean, low-carbon, sustainable electricity to 40,000 homes, schools and businesses in the area.

In order to grow even faster the power sector is creating innovative mechanisms to bring ideas, expertise and finance together.  For example, Access Power uses the concept of crowd sourced origination in its Access Co-Development Facility (ACF). A growing number of entrepreneurs across Africa submit their projects to the ACF, where they are judged by a panel of experts including the Netherlands FMO, the International Finance Corporation and the US’ Power Africa. The best projects receive finance to help take their projects to completion as well as invaluable expert advice and access to a growing global network.

The ACF is playing a key role in permitting the spread of knowledge and best practices that will allow a higher success rate for African power projects. By interacting with the global industry, the private sector in Africa is gaining valuable experience of working with equity investors, development finance institutions and commercial lenders to create investment vehicles, standardising project documentation and streamlining the due diligence process, all of which will speed up the deployment of power capacity and kick start wider economic growth.

The private sector alone cannot solve poverty and economic inequality, but what it can do is unlock ideas and resources, and work in partnership to ensure an outcome that favours companies, governments and communities. Ultimately, it is the pursuit of profit underpinned by social responsibility and best-practice stake holder engagement that will transform Africa’s economies.

Renewable energy developers have just over one week left to submit their applications for a chance to win $7 million in Access Co-Development prize funding. The deadline for applications is the 12th May 2017. See here for past winners and guidelines. 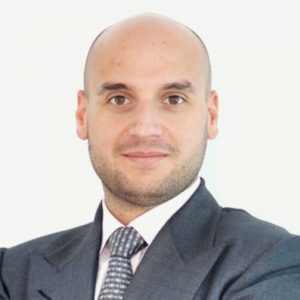 Reda is the Founder and Executive Chairman of Access Power a leading developer, owner & operator of wind and solar power plants in Africa and Asia.  Before establishing Access Power, Reda pioneered and led the renewable energy initiative at ACWA Power which went on to become one of the largest private power producers in the Middle East and Africa region.

During his career, Reda has been involved in over 7,400MW of power projects in emerging markets. Many of his projects were landmark renewable energy power plants including first utility-scale solar power plants in Morocco, Bulgaria, and Uganda. He is passionate about bringing renewable energy projects into new unsaturated markets where renewable energy is an economical alternative to conventional power.  Through Access Foundation and the Access Co-development Facility, Reda actively promotes and supports local entrepreneurs, socio-economic development, and human capacity building in several emerging markets. 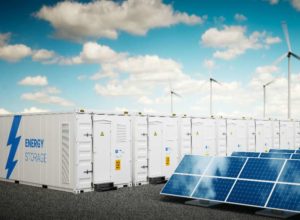