It is not often that one feels pipped to the post by progressive presidential policy pronouncements, but sure enough, reading the SONA 2020 summary last week, this is exactly how I felt.

I have been toying with the idea of an article decrying the state of energy policy in South Africa for some time now, but it took our President’s unexpected decision to dedicate a significant proportion of SONA airtime to the ‘energy problem’ in South Africa to spur me, at long last, to put finger to keyboard. As a ‘salty’ (someone with one foot in Europe and one firmly in South Africa) working in the energy sector, it is hard to resist comparisons between the energy sector here and somewhere like Portugal or Germany.

The comparison is not a pretty one. Germany has achieved 27% renewable energy in its generation mix thanks to sensible subsidies and policymaking that is friendly to the private sector and local communities. Innovation is rife. Organisations like the Sonnen Communities guarantee their members (approximately 10,000 households) a standard, flat rate for energy (lower than any grid connection), by creating micro-grids of households, some of which have PV solar panels and batteries.

Smart Grids is a key topic at the African Utility Week and POWERGEN Africa conference. Click here to register to attend or for more information about the event.

The system automatically exchanges energy between those that need it and those that have a surplus, selling extra to the national grid. The rapid ‘dispatchability’ of the power also means they make extra money selling ‘grid smoothing’ services to the national grid, instantly and lucratively, making up for any shortfall caused by a minor hiccup of supply on the system. This is great for grid stability, increases Germany’s renewable energy resource base, reduces the burden on transmission infrastructure and gives each Sonnon Community member a justified sense of smugness.

“I can say I produce my energy myself. It is important for me,” says Sonnen member Herr. Lacher, also smug to have largely weaned himself off nuclear-sourced electricity: “I can pride myself that I can save money, and it is good for the world.”

This is all regulated of course (as it needs to be to maintain smooth operation and safety) but all the risk and all the upfront capital has come from private companies and householders themselves. Everyone is a winner.

In stark comparison, we have the case of Lazola (not her real name), my sister’s neighbour in Cape Town, South Africa. In an effort to go green and insulate herself from the rapidly escalating Eskom energy prices, in 2015 she paid to have 1.5kWp (six dining table-sized panels) installed on her roof. The rules say that even if you have solar panels on your roof, you have to be a net consumer (you pay more for energy taken from the grid than you are paid for feeding energy in), but even so, for a blissful few years her electricity bill was R30-R40 per month and the sense of smugness? Priceless.

In 2018, a flat home user charge of R163 a month was introduced. The smugness, though somewhat reduced, remained and Lazola’s little ‘power station’ kept feeding electricity into her local network providing green energy for the city and income for the municipality who sold the electricity on to her neighbours. In July 2019, however, the City of Cape Town announced that all private solar PV installations that were connected to the grid had to be registered.

For system maintenance and safety reasons, this makes sense and the City tried to ease the concerns of householders by saying that registration would be totally free. However, all was not as it seemed. Lazola quickly realised that this ‘free’ registration would require a R1,500 compliance certificate from a registered engineer, a new R12,000 Advanced Metering System, R1,600 for assistance from an electrician to fill in the highly technical documentation and R16,000 in labour costs to do all the required wiring in her house.

Lazola could not afford this and was forced to disconnect her solar panels. She was immediately exposed to all the loadshedding and her bills (including usage by her tenants) rocketed to R800-900 a month. This little node of green energy production was no longer. As for the smugness? A faded, somewhat jaded memory.

This is nonsensical, but one example of many, and although much of the thought behind the City’s tightened rules was sensible (there must be some regulation) there was simply not enough thought put into it and for this South African, it felt like South Africa had taken a step backwards. Let us not put all the blame on Cape Town municipality either. They are bound by national laws governing where they source the energy they resell.

The City has a longstanding case in court to allow them to buy from independent power producers rather than the ailing monopoly. Clearly, incentives are skewed, the system needs an overhaul and South Africa needs to get with the programme, look at the evidence and pull itself out of the energy dark ages and into line with the rest of the (often much less sunny) world.

This is why President Ramaphosa’s words last week fell on receptive ears: “a Section 34 Ministerial Determination will be issued shortly to give effect to the Integrated Resource Plan 2019”. This bombshell might sound like policy jargon but effectively it opens the door to an entirely new landscape for Independent Power Producers (IPPs). Although aimed at large, utility-scale installations, the logical extension of this move is a more open market across the board. It means that after three years, the City of Cape Town might finally be vindicated and municipalities across the nation will be allowed to buy power from whoever they choose, from community-owned wind turbines to solar-enabled schools. The importance of this cannot be overstated, though I might try: This is the heralding trumpet call of South Africa’s economic recovery.

I might be overly optimistic, but I have good reason: decentralised, open energy markets are working successfully all over the world, bringing energy security to sensitive industries and light to marginalised communities in remote corners of the world. This simple act of slight energy market deregulation creates the fertile ground in which the seeds of South African entrepreneurship and innovation can be sown. At the small scale, homeowners are incentivised to install (or in some cases re-connect) solar panels and start earning extra cash being net-producers while securing their own supply.

At the large scale, private capital can be leveraged to get serious about harnessing some of South Africa’s bountiful solar resource. Bloomberg New Energy Finance and our own CSIR claim that utility-scale solar is already the cheapest form of electricity in South Africa. The Lazard Asset Management firm asserts that in many places, new solar PV is cheaper even than running already built coal plants.

It is at the medium scale, however, that most of the innovation will take place. Our energy transition consultancy TFE Africa is helping a large charitable organisation implement an innovative School Solar project. Rather than gifting the solar panels to the school, the solar panels are donated to a Solar Club hosted at the school. The Solar Club sells the power to the school (at a discounted rate) and uses the proceeds to pay its members, carry out all the maintenance and even upgrade the system. The system is integrated into the school curriculum and student members of the Club are given invaluable training in an ever more useful skillset.

If the Solar Club can generate additional income selling power back into the grid, the business model takes off and rather than the initial donation being a sunk cost, the fund can become a rolling fund, providing capital for the next Solar Club and the concept scales. This lends weight to the words of Bertha Dlamini, the president of African Women in Energy and Power who, when commenting on the SONA announcements, declared that this “opens a world of opportunities for women and youth in energy and power, who should not be left behind as South Africa gears up for a truly diversified energy mix”. I have seen this borne out in several of the solar mini-grids I have built across East Africa where it is often the women entrepreneurs who benefit most from businesses enabled by a source of affordable electricity.

If you were a homeowner (or a factory owner for that matter) and were approached by a company offering low power bills, green electricity, 100% security of supply and no capital down payment you would naturally be sceptical. Yet this is exactly the model that Elon Musk’s brother has made so successful in California with SolarCity, a Tesla subsidiary. The ‘micro-utility’ model as it is called has many flavours but revolves around the simple concept of a company leasing your rooftop to install solar panels. They maintain the system, selling you cheap solar energy and making the real money selling all surplus into the grid. They leverage economies of scale and cheaper capital and you, the homeowner, have relatively little on the line.

This is currently almost impossible to achieve legally in South Africa, but mark my words, once Ramaphosa’s promises percolate into sensible legislation the floodgates for new business models like this will be opened. Cheaper power is good for all South Africans, but particularly for the poorest for whom electricity makes up a significant proportion of their monthly spend. The opportunities for employment in an increasingly relevant global industry are significant and South Africa could stop licking its wounds and become a dynamic continental leader.

It is too early to tell what the longer, real-world implications of these announcements will be, but I, for one, am positive. I see this as a shaft of light through the first crack in the door that has kept South Africa locked in the dark ages for too long. It is time for South Africa’s policy to grow up, shrug off what is no longer serving its best interests and come into line with the rest of the world. The evidence for a shifting climate are all around us, we have the enabling technology and it is becoming ever cheaper and more accessible. What we need now is some bold, evidence-led policymaking.

This is an exciting time to be a South African. That, at least, is not an overstatement. 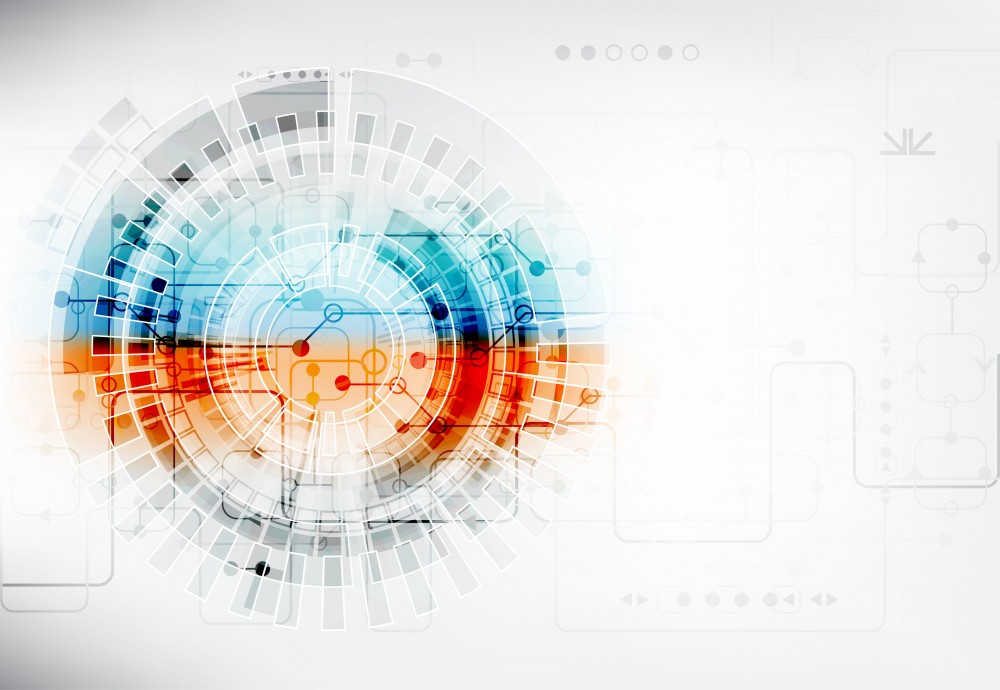 Could the marriage of geothermal and nuclear technology be the way...