Land rights, political instability and corruption are among the challenges that delay the development of energy projects across Africa.

Land rights is a very sensitive issue in Africa. Tribal, pastoral and ancestral land is sacred and will require local understanding on protocol and custom to negotiate.

Such land must be avoided at all costs. Instead, land with private ownership and title deed must be secured in order to ensure the success of energy projects.

Kenya and Ethiopia are both showing good signs of political stability and their renewable energy programmes have been re-ignited since their last elections. Ghana currently has excess capacity which it exports via the West African Power Pool. Namibia offers great export potential once cross border transmission infrastructure is upgraded on the back of political stability. Egypt’s renewable energy programme is flourishing and will soon connect transmission infrastructure to Sudan.

With the right political will amongst neighbouring countries, regional power pools will be developed and connected. It is also not impossible to envisage that North Africa with an abundance of solar and wind resources, may export power to Europe in the next 10 years.

The Southern African Power Pool stretching from DRC, Uganda and Kenya through central Africa to southern Africa will be a reality within 10 years if not sooner. This will offer opportunities for IPPs to construct plants in one country and sign PPA agreements with both the public and private sector entities in another country which is part of the same power pool.

The lack of treasury guarantees remains an obstacle in obtaining project finance for projects in Africa. Apart from South Africa, electricity tariffs are comparatively high in most countries in Africa. For example, in Uganda, the average tariff is $0.18c P/kWh. The high tariffs offer an opportunity to build in debt cover while still offering a competitive bid tariff for solar and wind projects. The exercise requires creative financial and legal modelling to ensure project success. Each country and to an extent, each project, will require customised modelling. The high tariffs also make big battery inclusion in solar and wind projects bankable.

There is a number of ‘facilitators’ emerging on the continent to get projects over the line by providing funding or assistance in project development activities. Some also ‘facilitate’ at government level providing consulting services and training to government departments that are out of their depth when it comes to launching an IPP programme. IRENA and CrossBoundary Energy (a renewable energy investment fund for Africa) are examples of such ‘facilitators’.

The mini-grid off-grid market is transitional and high risk. It also requires at least a 75% subsidy of plant set up costs in order to make projects financially viable for IPPs. In most cases, the distribution infrastructure is installed by the government, which means the IPP does not own or have complete control of the entire mini-grid system. This situation allows for political interference. Too often there is no commercial training in micro business setup and management included for the mini-grid (villagers). Many international IPPs have taken on these projects at a loss in order to be in consideration for the large utility-scale projects.

Productivity is hampered by grid dependence for large commercial plus heavy industry and mining entities. The mining and commercial solar PV sectors in combination with big battery and diesel generators offer an opportunity for off-grid hybrid systems for IPPs or direct ownership by the associated entity. Hydrogen power produced from renewable energy technology will play a future role in these sectors.

Job creation is much needed on the African continent. Many of the financial institutions (AfDB and World Bank) see the renewable energy sector as a key sector for unlocking value job creation on the African continent. At the opposite end of the scale, banks are now reluctant to finance new build coal or nuclear projects. This will force governments in Africa to look at renewable energy sources for new build projects.

The offshore wind market remains largely unexplored due to high upfront costs. African countries are not in a position to offer subsidies for such projects plus they do not have the skilled manpower or infrastructure to run an offshore wind IPP programme.

The onshore wind market is dominated by South Africa with 3.4GW. Kenya recently commissioned the first phase of the 129MW Lake Turkana project plus their 102MW project has reach financial close. New projects have recently been announced in Egypt (250MW) and Senegal (158.7MW).

The central and political control of energy by almost all governments in Africa remains the biggest barrier to large scale renewable energy role out on the continent. There are grassroots signs of decentralised sub-sectors which involve private equity stakeholders. The microgrid operators and off-grid, mini-grid programmes are increasingly gaining market share albeit in sectors that never had access to electricity.

As inefficiencies, a lack of finance and generation regression are exposed by increasing demand associated population growth, particularly in cities, governments in Africa will be forced to relinquish full control of their energy sectors.

Energy tokens and blockchain technology will play a key role in the decentralisation process while offering secure, recorded transactions. Smart mobile technology will allow for real-time transacting. Deployment of such technologies is first expected in industries converting from fossil fuels to e-vehicles in the transport sector. Motor vehicle and motorbike bike taxi’s is one example. Charging stations run on renewable energy offer great opportunity in the transport sector which does not exclude earthmoving machinery.

South Africa: renewable energy projects will remain a high risk until Cyril Ramaphosa is confirmed as the country’s president after the national elections in May 2019. Eskom is to be unbundled. The transmission company will be the first division to be morphed out in June 2019. Generation and distribution will follow. The new transmission company will be responsible for existing and future PPAs with IPPs. Round 5 is only expected to be announce open in the second half of 2019 or early 2020. It will be an extremely competitive round as the four-year delay has resulted in a pipeline of solar and wind projects that are shovel ready. Broader, local black ownership profiles are expected in coming rounds. 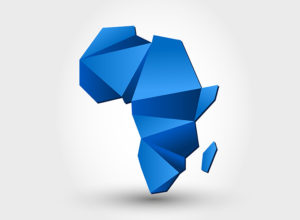