According to the 2015 Trends in International Mathematics and Science Study (TIMSS), South Africa ranks among the lowest performing countries when it comes to mathematics and science achievement scores.

This ranking has been once again highlighted by the marginal improvement in performance for mathematics and physical science in the 2016 Matric results as announced by the Department of Basic Education.

Even though the competitive benefits of taking up STEM (science, technology, engineering and mathematics) subjects has been frequently emphasised by education and labour experts across the country and the globe, South African students have limited their options to more commercial and human science subjects that are historically perceived to be more glamorous, easier and more rewarding.

However, in a developing economy like South Africa, with massive infrastructure projects underway to the tune of R850 billion [$64.7 billion] indicated by the President during January 8th statement, including the Nuclear Build Programme, the future of South Africa is well-placed to strongly consider taking up STEM subjects and be part of the decades-long pipeline that seeks to build and grow a qualified and skilled expertise that is local in heritage and global in thinking and competitive across the continent.

Through this South Africa could achieve global competitive advantage and maintain its African industrial and economic leadership, through motivating our most promising students into the STEM fields.

We only have to look around to see what improvements to our lives and our homes have been engineered in the last decade alone. We encounter for example mathematics at the grocery store, the bank, on tax forms, in dealing with investments and the family budget.

Typically the reason why some Asian countries are doing better economically, is based on the fact that they created an economic needs and opportunities for the STEM subjects. South Africa should also follow this route if it envisaged to develop its economic and compete equal with this fast developing countries.

With an increase in South Africa’s infrastructure projects and a new focus on the country’s nuclear energy industry, we anticipate that the Nuclear Build Programme will encourage learners to take up STEM subjects and provide them with an opportunity to contribute to a wider economy, participate on broader levels of this economy and be more globally competitive.

Nuclear is still the most viable option in order to stimulate the economy in the coming years even though the national conversation and narrative around the Nuclear Build has been tainted with inaccuracies and fears that are based on hearsay, a blatant refusal by anti-nuclear groups and researchers, and widespread perspective founded on fictional rhetoric that is mostly seen in the movies, which creates fear in the youth.

South Africa is amongst the top three largest producers of nuclear isotopes globally from the SAFARI-1 research reactor, which brings in excess of R1 billion [$76 million] foreign exchange annually. We can take credit for being the only country on the African continent with nuclear power reactors at the Koeberg nuclear power station, which provides 1,800MW of baseload power to stabilise the Western Cape grid at one of the lowest costs of production.

Besides the immense social and economic value that these nuclear facilities add to South Africa, they also serve as strategic facilities in the technological prowess endowed in the high level skills and the spin off (current and potential) into other industries such as military, manufacturing, space, medicine, agriculture and secondary industry.

The reality is that with a balanced and representative mix of South Africa’s energy, a nuclear programme will have the largest multiplier effect when it comes to the contribution to the economy and will be key to addressing our country’s National Development Objectives.

In addition to this, the Nuclear Build Programme’s pipeline will help develop a much-need supplier development pipeline and will encourage a wider development of artisanal skills – thus helping address the youth unemployment crisis and help create broader small-to-medium enterprises and services for both the private and public sectors.

Localisation and stimulating local economic development are some of the most important aspects of the programme and encouraging students to select their subjects and their courses in line with the country’s development future, will help speed up our process of having a more localised nuclear energy industry. And this can be achieved with STEM – where today’s students and future generations will be part of the country’s new wave of industrialisation and infrastructure development through engineering and technology development, not only for the upcoming nuclear build and its pipeline, but for other current and infrastructure projects too.

The likes of Eskom are also driving the trend toward incorporating nuclear as part of the national science curriculum, something which will be a first on the continent.

The key benefits of nuclear energy is that it can potentially create the high technology industry in the country as shown evidently from South Korea, China, etc. The skills profile of the country is lifted and this has significant impact on the rest of the economy.

For example, investors willing to establish factories and manufacturing facilities will often look at the availability and price of technical skills in the country. When high level skills are plentiful, the cost of such is lowered due to competition, and hence production costs are lower favouring more investment in manufacturing and other secondary industries of the country. 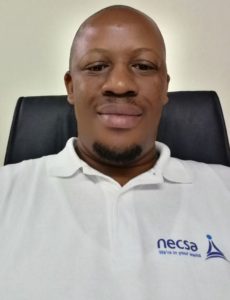