As the cost of sustainable energy sources has declined, the deployment of these sources of energy has grown rapidly.  Once on the fringes of the energy industry, solar PV and wind are now mainstream technologies. The International Renewable Energy Agency predicts another 90 GW of solar power to come online in the next few years, which could drive down solar costs by an additional 60%.

However, despite rapidly expanding adoption and support for renewables there remains one major barrier to a greater role across grid operations – the ability to store that energy for use on demand. Although rapid gains have been made in the maturity of storage technology, it is still in the early stages and utilities are cultivating a growing interest. More than half of U.S. respondents to Black & Veatch’s Strategic Directions: Electric Industry Report (56%) view the use of energy storage to increase solar PV as “very important” or “important”.

Today, large vertically integrated electricity service providers are exploring how to embrace storage along with utility-scale and traditional rooftop PV applications. More than a quarter of respondents (27%) are either running or developing an energy storage pilot programme, almost half (45%) have it on their technology roadmap, and 28% are not planning for energy storage at this time.

While still expensive, energy storage is declining in cost rapidly.  Lithium-ion is the current dominant technology and is seeing cost declines similar to what the industry experienced with solar PV over the past decade.

Distributed energy resources, such as microgrids, are driving change within the electric industry worldwide as both energy consumers and electric service providers are diversifying how power is generated and delivered. Spurred on by the public embrace of clean energy, falling prices and regulatory subsidies; solar photovoltaics, battery energy storage and microgrids are being deployed in more places across the electric system.

This movement is requiring utilities across the globe to transform their traditional centralised networks into flexible, distributed and integrated power networks that are evolving from demonstration and pilot phases to solid, longer-term investments that play an important part in evolving new business models.

As many of these efforts move forward, organisations are working through project complexities to achieve the most economical design and implementation for its distributed energy and microgrid customers, while at the same time seeking to maximise benefit from existing grid investments.

This is beginning to happen in San Diego, California, at the Marine Corps Air Station Miramar, where the military base is in the process of establishing its own energy network that provides it with the assurance and reliability needed to keep its operations in motion should regional blackouts occur or if the local power grid is compromised. Along with that, the base will also be in a better position to reduce demand charges and manage its electric load more efficiently while also contributing power to the grid.

Black & Veatch and Schneider Electric have designed and are now building an advanced microgrid that takes advantage of existing solar PV and landfill methane gas that already provides a combined 4.8MW of power; the addition of diesel and natural gas generators is expected to produce another 7MW of power.

By incorporating synchronised flow batteries in the future, in conjunction with an integrated energy controls system, the base will not only be able to manage its own power but will also be able to distribute it more efficiently across its own grid, providing significant opportunities to save money and streamline energy use. 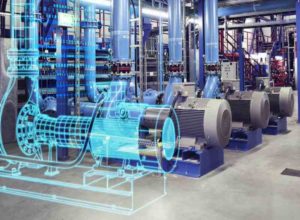