In Kenya’s National Budget Speech, delivered by Cabinet Secretary Henry Rotich on 8 June 2016, it was noted that the Kenyan Government’s commitment to providing affordable and competitive electricity remained on course.

Rotich stated in his speech that the government would continue to exploit the vast geothermal resources in Kenya by creating a conducive environment for investors. The Cabinet Secretary said that the energy sector in Kenya was one of the most active in Africa, with an installed electricity capacity increasing from 1,600MW in 2009 to 2,298MW in 2015.

According to Vision 2030, Kenya’s development blueprint, the Kenyan government plans to increase electricity generation capacity to 23,000MW by 2030. A critical component of this strategy is renewable energy and several projects are already underway.

The recent injection of an additional 280MW produced at Olkaria to the national grid has lifted Kenya’s global ranking and the country is now the ninth largest producer of geothermal energy. Kenya’s installed steam power capacity now stands at 607MW, ahead of giant economies such as Japan, Russia, China and Germany. The additional generation of geothermal power will contribute to lowering the cost of doing business by displacing thermal power and adding to Kenya’s green energy initiatives.

The $1.3 billion Olkaria project is Africa’s largest steam project. Studies indicate that Kenya has the potential to produce about 10,000MW of geothermal power from the Rift Valley basin. In this regard, the state-funded Geothermal Development Company (GDC) has signed a deal with three independent power producers (IPPs) – Ormat Technologies, Quantum Power and Sosian Energy – who will each build a 35MW steam power plant under a build-own-operate (BOO) model.

Kenya ranks 46th in the world in the generation of solar energy. The Kenyan government has, in conjunction with the private sector, invested $1.2 billion to build solar power plants across the country. Solar products have been made even more accessible to customers in ‘off-grid’ areas with the removal of 16% VAT, which had previously been introduced on all solar products.

The Kenyan government has estimated that 500MW of wind capacity will be installed in Kenya over the coming years and aims to have 2GW of installed wind capacity by 2030. In order to encourage independent investment in the wind sector, the government has introduced a feed-in tariff (FiT) similar to those that exist in Europe.

The Lake Turkana Wind Power Project, which is the largest single wind power project to be constructed in Africa, recently received the first disbursement of funds in Kenya. The KES 300 million project is set to produce 310MW beginning the year 2017 and will comprise approximately 20% of Kenya’s currently installed generating capacity.

On the fossil fuel front, a consortium led by Centum Investment and Gulf Energy won the bid to build the Lamu Power Plant, which will initially produce power using coal sourced from South Africa. The plant will later on switch to local coal mined from Kitui County’s Mui Basin.

In addition to the pursuit of robust energy projects, efforts are being made to reduce the cost of energy by between 25% -30% so as to stimulate the manufacturing and the industrial sectors. The government is working towards creating a conducive environment through favourable regulatory frameworks such as the formulation of the National Energy and Petroleum Policy in June 2015, which seeks to ensure competitively priced energy while protecting the environment. According to this policy, the government explores and adopts financing options from local and international sources for the cost-effective utilisation of all energy resources.

Rotich noted in his speech that the planned additional power supplies would significantly reduce the cost of doing business, spur growth of enterprises and industries, and accelerate the creation of jobs in the industrial and other sectors in Kenya. 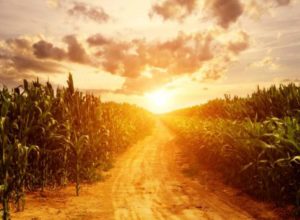