The 138 MW Jeffreys Bay Wind Farm, one of the first large wind energy projects that will be commissioned in South Africa, stems back to 2001 and a small sustainability related start-up company.

In 2001 two individuals, Louis De Lange and Andries Van der Linde, had a company called Sudor Eco- Ventures, which looked at sustainability in focus areas such as forestry, valueadded agricultural products and water supply. Van der Linde was based at the Port Elizabeth Technikon, having studied overseas and having worked for a Danish utility. The technikon had a small wind turbine on its roof and with his background in Denmark, Van der Linde started to study wind in the Eastern Cape.

He and De Lange were in close contact with Eskom in the region and became aware that a lot of dairy farms and brick factories in the Hankey, Patensie, Humansdorp, Jeffreys Bay area suffered from power quality issues, sitting as they were at the end of a thin grid system far from generation sources. Eskom suggested that if a power project was undertaken in that area it would be a good idea. 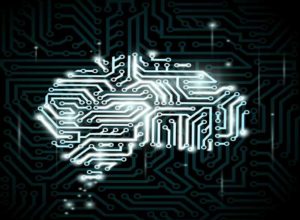 Op-Ed: Is AI the answer your business has been looking for?