When South Africa revised its Renewable Feed in Tariff (Refit) values downward from those published in 2009, understandably it caused a great deal of unhappiness among renewables developers. They argued that they had prepared their models based on these tariffs and the change would delay or even inhibit these projects.

While it was a given that subsequent projects would have lower Refit tariffs, most expected that at least the first tranche would be allowed to stick to the originally specified rates.

That was nothing compared to the consternation when it was announced that South Africa was abandoning Refit altogether, and that there would be a competitive price bidding process for renewable power projects. Potential investors were beginning to reassess their options and had South Africa not responded with a plan rapidly no doubt there would have been a draining away of interest. It would have been similar to what happened at the end of the 1990s when power sector privatisation proved to be a chimera.

However, South Africa has now chosen a more complex path. The Refit mechanism has been the most successful method for countries to launch renewable sectors, and deviation from the path most travelled represents a risk. Projects will not only compete on price. They will have to meet certain social criteria, such as job creation and localisation, before they can even begin to compete on price. If this two tier process is not balanced correctly by authorities, far fewer projects could materialise and those that do stand higher risks of failure.

At one level, this seems like an unnecessarily risky approach by South Africa, but at another level it does take into account the country’s priorities. Renewables are desirable, not least for the new megawatts they can add to the grid rapidly, and the country has a roadmap that points in that direction, but there are other considerations too.

At the heart of South Africa’s economy lie energy intensive industries, like deep level mining and minerals beneficiation among others. The country is largely able to beneficiate to the extent it does because it has had one major competitive advantage, cheap electricity. It even attracted BHP Billiton to actually import a raw material from elsewhere, bauxite, to create aluminium in Southern Africa.

The country very much does not want to be exporting all its chrome ore to China so that it can be beneficiated there, but wants to continue to be a leading ferrochrome producer. This is an example of what is at risk if South Africa’s price of electricity rises beyond that of its international competitors.

Unfortunately, South Africa’s integrated resource plan (IRP2010) predicts that the electricity price will reach and break above the R1/kWh range.

While the IRP process was rigorous and overall well done, the Energy Intensive Users Group (EIUG), which represents companies that account for some 44% of the country’s electricity consumption, is concerned about the tariff methodology applied. While it is well understood that prices do need to increase, and research indicates that it will at least have to breach the 70c/kWh barrier, it is what happens after that which is critical.

The EIUG commissioned/undertook research which concluded that a pricing range of 75c/kWh – 85c/kWh will enable Eskom to maintain its balance sheet, allow Independent Power Producers (IPPs) to compete and keep South Africa competitive.

The IRP2010 was the first time that climate change was given equal weighting to cost of electricity. This may not be necessarily wrong, and it is an issue that cannot be ignored, but policymakers need to take into account the implications of the so called green economy.

The proposed green economy plans will create some new jobs, but will the high electricity price – arguably driven in part by large renewable projects – create sufficient jobs, taking into account the nature of the skills pool available in South Africa? Will it create enough jobs to even make up for those that are at risk should intensive electricity usage industries such as minerals beneficiation and mining be forced to cut back or shut down?

It is this that one can see in the path now being followed in the renewables programme launched at the end of July 2011. The new programme is likely a laudable attempt to achieve the balance that South Africa needs and desires in creating a green economy while sustaining its existing energy intensive economy.

Balancing acts are hard. However, the investor and developer interest in renewables is high; the government’s commitment to the sector appears to remain very high. Everyone agrees on the need for job creation, though perhaps not on the mechanisms. The energy intensive industries that power the country’s economy want their electricity to be readily available for what opportunities come their way, and at a competitive price.

South Africa has very good renewable resources, so in spite of the complexity, given a pragmatic, judicious, non-dogmatic approach, success in all of the above is achievable. 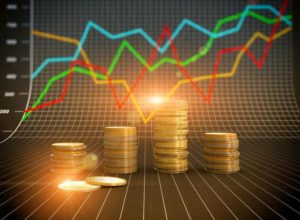