Doree will address the upcoming Finance and Investment Forum at African Utility Week in Cape Town in May on “Funding partners during project development – increasing options for developers”.

Please tell us more about Lion’s Head Global Partners and your role in the company?

Lion’s Head is an investment and advisory firm based in London and Nairobi. We work across African capital markets, development finance and sectors such as infrastructure and healthcare. In addition to working directly in the energy space, my day-to-day responsibility is to manage the African Local Currency Bond Fund, an initiative of KfW to develop domestic capital markets.

We act as an anchor investor and provider of technical assistance to first time issuers in financial inclusion, renewable energy, housing and agriculture sectors.

What kind of energy projects are you involved in currently that you are particularly excited about?

We’re the financial adviser to Africa GreenCo, a new intermediary off-taker and power trading company aiming to be an investment grade counterparty in power purchase agreements.

We’re currently in the design and feasibility phase. Separately, we are also looking at several pioneering renewable energy projects in Zimbabwe. Not only is there great need, but it is a market with great potential in terms of the quality of local developers, grid infrastructure and renewable resource potential.

What are the main challenges when it comes to financing power projects in Africa?

Wow, where to start. The most fundamental problems are a lack of off-taker creditworthiness and limited capacity among utilities and government ministries to make decisions vital to a project progressing.  However, from a financing perspective, the main constraint is a lack of domestic project finance lenders.

A major difference in India is that there is capacity among domestic banks to finance projects.

In most of Africa, banks lack the capacity to underwrite large-scale long-term project finance loans. In many markets, local borrowing rates are not conducive towards long-term lending.

This has created a reliance on hard currency borrowing from DFIs and similar institutions, slowing the development of the market and creating large FX exposures for domestic consumers, utilities and governments.

Any particular region in Africa that is particularly interesting to investors at the moment?

The drought in Southern Africa combined with a supply crunch in South Africa has focussed minds around the chronic energy shortages in the SAPP.

Countries such as Namibia, Zambia, Botswana and Zimbabwe have major renewable resources but largely untapped potential. Relatively good interconnection and a core of stronger off-takers mean that regional dynamics also come into play.

What is your advice to a prospective investor in the power sector?

Many developers and specialist funds are telling their investors that they can hit the high IRRs without taking any early-stage risks. Frankly, however, there’s a lot of competition for projects at advanced stages of the project development cycle.

In order to justify their return expectations, investors need to back teams with coherent strategies for accessing deal-flow, i.e. projects mostly likely to make it over the finish line.

In order for the growing pools of African liquidity to participate in the electrification of the continent, there have to be appropriate instruments and intermediaries for them to do so. These include listed companies, bonds and private equity funds. There are a few examples but there needs to be more.

Nampower has issued bonds in Namibia and SA to fund capital investment. Privatised utilities like Umeme and Kengen and companies such as Transcentury and Forte Oil are listed on regional exchanges.

Large-scale renewable IPPs in South Africa and privatisations in Nigeria have been led by domestic investors.

A big missing part of the picture elsewhere in the continent is domestic banks and regional DFIs providing primary project finance and then funding themselves in domestic capital markets.

This would be a major step forward. In addition, solar has the potential to have a big impact on domestic investor appetite, since it is simple, modular and cuts down on the variety of project development risks faced in other technologies.

We expect to see structured finance and capital markets solutions evolve in response to deal-flow, having a positive feedback effect for developers.

That good news goes unreported whereas hot air clouds the room. If someone asked you to name a project in Uganda, many would say Bujagali; however, there are many small IPP projects in the country, not least thanks to KfW’s GetFit program.

There’s also progress in unlikely places; for example, despite the economic crisis in Zimbabwe, a local mini-hydro developer has financed and connected 26MW to the grid and is the country’s first IPP.

You are a speaker at the upcoming African Utility Week on “Funding partners during project development – increasing options for developers” – what will be your message?

The model for developing and financing projects will be affected by the entry of major international strategic players into the market. The traditional model of a stand-alone developer taking 10 years to close a DFI-financed project has not served the needs of the sector in the past 20 years (look how many projects they’ve got done).

Large strategics will have an impact through integrated service offerings, credit enhancement, access to export finance and a lower cost of capital. We expect to see new financing models emerge as a result. 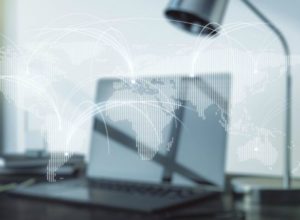