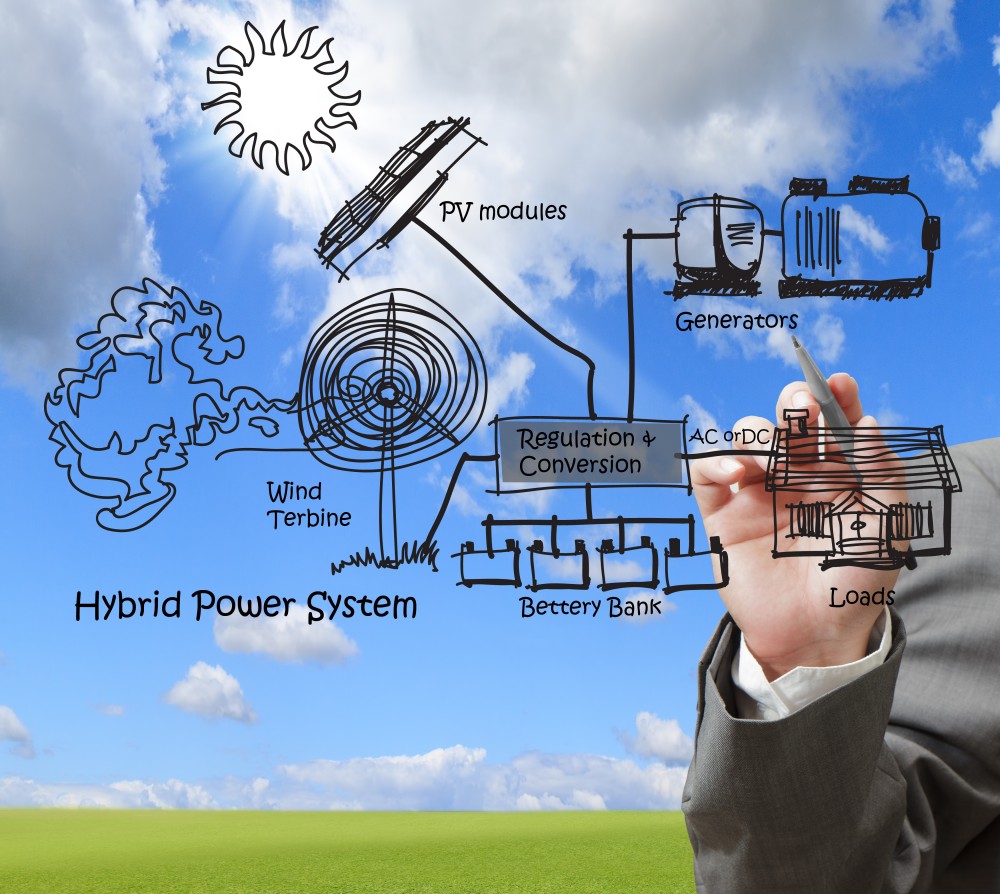 Exclusive interview with De Buys Scott, Senior Partner in Transactions & Restructuring, head of the KPMG Infrastructure advisory in the Infrastructure and Major Projects Division. As platinum sponsors at this year’s African Utility Week KPMG is providing high-level speakers in several conference tracks, the CEO Forum and are organising their IPP conference alongside the event at the CTICC in May.

Can we start with a breakdown of the kind of work that KPMG does in the power and utilities sector across the continent?
KPMG performs three principal services: audit, tax and advisory, which is the division where infrastructure resides , that I head up. What do we do in advisory? We perform the front end work in the transactions.

From there we will raise the finance involved, debt and equity, as well as procure whatever needs to be procured i.e. such debt, an IPP or an EPC – in other words, all the activities until financial closing. After financial close, another one of our teams , called the Major Projects Advisory, will then become involved to make sure from a monitoring and assurance point of view that whatever has been agreed between all the stakeholders and contained in all the agreements up to financial closing, is exactly what happens in reality. This is a very important function as this is probably the reason why a lot of projects in South Africa go wrong.

From there onwards, we also have a team that looks at cost efficiencies and system improvements, which speaks for itself, and when the entity is fully operational.  So in essence, from an advisory infrastructure point of view, we try and cater for project support from the beginning right to the end.

Any specific projects that you are particularly excited about that you can share?
Yes, there are many and we probably do more work in SADEC than any of our competitors. KPMG has a very strong power and utilities team, one of the strongest in South Africa.  By far the bulk of the projects are generation based projects. Our involvement in the coal base load programme in South Africa so far has been quite rewarding given that it is the first base load programme that is being launched in South Africa.

We are equally excited about our appointment to the MOZISA transmission line feasibility study and procurement.  This links the most northern part of Mozambique to Zimbabwe to South Africa via transmission lines.  It is clear that in South Africa, and in most countries, the biggest emphasis is on generation and that is where everything starts, but at some stage transmission has to come into the picture.

We see Eskom having announced their R230-billion transmission programme that they are busy developing. Other exciting projects that have come a long way already are for the Zimbabwe Power Corporation (ZPC). We have closed the 300 MegaWatt Kariba Hydro Project and we are very advanced with the 600 MegaWatt Wanghi Coal Project.

Together these two projects are of absolute vital importance in the bigger scheme of events in SADC. They will not only provide sustained electricity into Zimbabwe, but also into a number of neighbouring countries. We have worked on these projects with the ZPC for the last five and a half years and we are particularly proud of that.

In your view, what are the main challenges to the energy sector in Africa?
Energy and transport are the two most important infrastructure developments that every city and country require to function.  Everything starts with transport and parallel to that is power – you need energy, basic electricity to fuel the economy. So historically, this is where Africa has been lacking.

The continent has not developed enough of these primary infrastructure projects mainly due to a lack of political stability over the last decades, also instability in the financial and judiciary systems and just a general lack of transactions. People like to go to countries and areas where transactions take place and they are implemented and where there is stability in the systems.

The South African renewables process is a shining example of that. Over 90 global IPPs have entered South Africa with many billions of foreign currency because the systems, the environment and the stability are all attractive to them.

Now this is the biggest challenge on the continent.  Africa needs to do some transactions that the systems can be tested, the stability be established and a track record needs to be created. Only at that point in time will we see a more sustained pipeline of transactions.

I must say though that there are huge initiatives underway. One of them is US President Barack Obama’s USAid Powering Africa initiative which will make available U$1.2-billion for achieving more bankable projects on the continent – and this is only for power. This will go a long way to boosting the continent.

What is your vision for this industry?
I think my vision is for the continent to do more transactions. We just need to get going. Five years ago, when South Africa launched its renewable Reefit programme, it did not know how successful it would be. The country has since then been the recipient of much global acclaim for its renewable program successes and this process needs to be copied into the SADC region.  I also think East Africa block , including Tanzania, Ethiopia, Kenya and Rwanda, can easily repeat this renewable programme.

And on the West horn of the continent, nothing stops them for doing this as well. If we can use what we have achieved on the continent in the continent and try and help each other more to get that traction and ability to transact, I think it will go a long way to addressing the shortages.

KPMG is a platinum sponsor at African Utility Week this year – why this decision to partner on such a high level with us?
KPMG is one of the top power and energy advisors in South Africa, on the continent and globally. We decided, particularly in support of our local brand, to invest into our brand and into high profile brands such as African Utility Week. It gives us a forum to further exploit the channels that are made available and to showcase our people and our knowledge base.

What will be your message at the event? You have various speakers at the conference and you are involved in the CEO Forum amongst others?
Our main message will be that with regards to infrastructure, we are not just a feasibility study or model advisor, or assist an SOE to raise finance etc. We believe that we are a real one-stop-shop infrastructure advisor and will stay with the client or entity from inception right to the end.

The longer you stay with someone as an advisor, the better you get to know them, the better you get to understand the shortcomings through dialogue and the more you are in an ideal position to add value.  Value gets added over time as transactions and relationships develop. In essence, our message will be that KPMG is a real one-stop-shop advisory solution.

We have three experts involved in the nuclear track at the conference. I will moderate a session on localisation. Localisation in nuclear will be of vital importance. It is a programme that will mean many billions of Rands, even exceeding a trillion Rands – it is much more expensive than any of the other base load programmes.  It is of critical importance that a significant percentage of that spend remains in the country as part of a reinvestment in localisation.

And we must remember that nuclear is a much longer process. It takes easily up to 15 years to have a finished and operational nuclear station but it will last you 50 to 60 years. That is why it is a good energy mix with quicker to establish facilities like coal and gas.

We want to showcase our substantial global nuclear expertise in these sessions.

In the CEO Forum we will lead a discussion on looking towards the future. We decided to not focus so much on the problems and the challenges but we will be presenting a kind of “Snapshop 2020”.  We will look at where South Africa will be in 2020 given what we know in terms of infrastructure projects that are underway. How many of these projects will have been implemented and will be working, yielding benefits for the economy.

And the whole idea is that we believe that there is not enough positive coverage in the media about the positive activities happening in the infrastructure sector. We want to actively remind people what may happen in 2020 and we believe it will be a very positive picture.

This is interesting since currently there is a lot of pessimism about South Africa’s economic future.
People need to understand that any infrastructure transaction is a long-term transaction. Anyone of our new coal power station IPPs will be signing a 30-year PPA. So for 30 years Eskom will be buying power from whoever will be the neutral independent power builder. So we are talking about a transaction that will take a generation and a half , 35-40 years. During this time, many presidents will come and go, many financial traumas will come and go.

One needs to understand that infrastructure projects will invariably survive all these occurrences. One always needs to think in the long term. Make sure you do the right thing in the right frame of mind. Undoubtedly, short-term challenges will be there from time to time, we are facing one right now, but these kinds of challenges will come and go, believe me.