the goals after one year, from 10,000MW to 30,000MW and 20 million connections to 60 million new home and business connections.

Exclusive interview with Andrew Herscowitz, coordinator for Power Africa, US President Barack Obama’s initiative to improve access to power in sub-Saharan Africa, and the official country partner of the upcoming African Utility Week conference and exhibition

1. Can we start with what you think the main achievements have been so far of the Power Africa programme?

AH Power Africa has achieved quite a lot in the first year and a half. We set an original goal of 10,000MW and 20 million connections and already we have helped more than 4,000MW power deals in the six focus countries reach financial close, representing roughly 40% of the original 10,000MW goal. And now that we have really opened up the gate to the entire continent, I think we can expect to see a lot more projects advance really quickly.

The other thing is, because we were reaching our goals a little bit more quickly than we expected and the model has been embraced even better than we could have hoped, President Obama tripled our goals last summer after one year, from 10,000MW to 30,000MW and 20 million connections to 60 million new home and business connections.

2. Any particular success story you are particularly proud of?

AH Well, to reach the big megawatt goals, you are going to have to do a lot of big gas projects and other types of projects like that. But one of the smaller megawatt successes is, for example, a project in Rwanda. The US government’s Overseas Private Investment Corporation (OPIC) gave a grant to a company called Gigawatt Global, and last week they commissioned an 8.5MW solar project which is going to benefit rural communities. It is one of the first projects that, since President Obama announced Power Africa, has now actually flipped the switch. So that is one that I really, really like.

The other one is in Liberia. When the Ebola outbreak was at its height, we saw that Power Africa activities, for obvious reasons, were getting stalled because of people having to leave the country and people were focusing on the more humanitarian and medical issues. So we made a decision and quickly reprogrammed about USD2-million of Power Africa funds to quickly buy generators to power the Ebola treatment units in Liberia. And within two weeks of having this idea, we got a picture sent to us from one of the Ebola treatment units showing us the lights on.

The fact that we were able to do this allowed a lot of health workers to sterilise their clothes which reduced the spread. It allowed people to get treatment 24 hours a day. It allowed people to charge their cell phones so that they could speak to loved ones that they were going through treatment and in worse cases facing death. While that was not a huge amount of power, that showed that Power Africa working with our private sector partners, can really mobilise quickly to have an impact.

3. Apart from Ebola, what other challenges have you had to face so far?

AH There are quite a few challenges but some of the challenges are actually opportunities as well. For example, we’ve seen that there is plenty of investor interest in the continent and there are plenty of people with great ideas and potential to execute power projects, but the problem that we see is getting those deals to the point of bankability. So I really see that Power Africa will have this sweet spot, working with all of our partners including the World Bank, which committed USD $5 billion, the African Development Bank which committed USD $3 billion, the government of Sweden that committed a USD $1 billion, and our private sectors partners that committed over USD $20 billion. I think we have this opportunity to align our efforts to figure out what role we can play to bring those projects to bankability so that investors will find a place to put their money. And the people on the ground will benefit from those investments so there is more power more quickly.

Another constraint that we see is a lack of gas supply. It’s one thing if you are trying to build out big gas generation projects, but if you can’t get the gas to the generation point then it does not do anybody any good. So, we have been working with our private sector partners and those partner governments to come up with more creative ideas to bridge this gap so that power can come online while you wait for the domestic gas resources to come out of the ground and make it to the generation plant.

AH We expect that businesses will have a steady supply of electricity so that they can stay open for more hours and increase productivity which will create more jobs and improve people’s lives. Obviously children will have electricity so they can read at night. Drugs can last longer if they are refrigerated but even more importantly, healthcare will improve because people won’t have to worry when they are at the hospital whether or not the equipment will go out or whether or not the fluids are being refrigerated at the right temperature. We’ve heard that even in Liberia one of the key issues with the treatment of Ebola patients is that medicine has to be kept at the right temperature. So electricity really has a massive impact on everything that people do.

I often think about this story that I experienced when I was a volunteer in Nicaragua, I went there just before law school. The small community had been hit by a tidal wave and we were doing tidal wave reconstruction and this was the time before cell phones really existed and there was one phone in town that was down for a few days. So we had about 80 people from that town sit around for three days, waiting for materials to arrive from the capital. So that was three days of the loss of 80 people’s productivity that could have been solved with one phone call. In countries that don’t have basic electricity, other countries by-pass them at an exponential rate in terms of economic growth.

So it is really critical, energy touches every part of people’s lives.

5. What has surprised you about this project so far?

AH I got a bunch of surprises, lots of positive surprises. One, the way that the donors and other partners have quickly aligned themselves around key issues. There is a lot of agreement around what the key constraints are to particular projects and particular deals.

In East Africa this is a relatively new resource to be pursued and exploited, so there is more risk associated with it. The fact that the Ethiopian government, which has never done an independent power project, is moving towards a power purchasing agreement for Corbetti, is going to completely open up the market in Ethiopia for private sector investment. It also shows that the government of Ethiopia is committed to making sure that the markets opens and that they are looking at sources beyond hydro. And most importantly it shows the rest of the world and investors and developers that East Africa has incredibly rich geothermal resources that can be profitable. So that is one that we’re really excited about.

Other surprises: we’ve seen a lot of companies on the African continent increasingly looking to partner with US companies and other international companies to access different tools that Power Africa offers. This has been a very positive development. We have seen partnerships with the African continent and the rest of the world rather than just a US or French company coming in or just a local African company. We’re seeing a lot more partnerships between countries that results in opening up access to a lot more tools.

6. Why did Power Africa decide to partner with African Utility Week?

AH These kinds of conferences are important in terms of keeping momentum going for pending deals because key decision makers from all the relevant sides attend these types of conferences. It is an opportunity for us to get together with everyone to brainstorm new ideas. The way that Power Africa works, and what we have found most effective, is that when we sit down with the private sector and ask them “what’s the problem with your deal?” or what is the specific issue in the sector that needs to be changed?”. The distinction between other development efforts in the past and Power Africa is that traditionally an analysis of the sector would be conducted and then the private sector would be brought in and you would hope that the private sector can solve those problems. Instead we try to identify specific obstacles to specific deals and then try to overcome that obstacle. And by removing that obstacle, other deals will move forward as well. And that is our motto and the way that you learn is by talking to partners at these types of conferences.

7. What will be your message at the event this year?

AH We’re here to listen and to respond. Power Africa is working all over sub-Saharan Africa to increase access to electricity. So momentum has continued to build more and more but it is also started to show more results and results is what is getting us more interest. When we work together we can have a massive impact. And that is how we are going to double access, together.

AH People often ask “how are you going to increase access to electricity for poor people” and I always say, whenever I travel in developing countries, and I have been living overseas for 14 years now, and I visit the poorest communities and always see that plastic sheeting around the houses but they might even have a satellite dish. The point is people are running that satellite dish every single day and when that important soccer game comes on they’ll somehow pool their resources together to get that television going and it’s the same thing with electricity in sub-Saharan Africa. The poorest of the poor, people will often find a way. People have cell phones and they will walk for miles and miles to charge them to use them.

Power Africa is helping the individual control his or her own destiny in choosing when they are going to charge that cell phone. Even if the access to power is two hours a day – then we can play a role in helping them manage their lives. Just like that community in Nicaragua. It will open up access to the rest of the world for people in the most remote places. 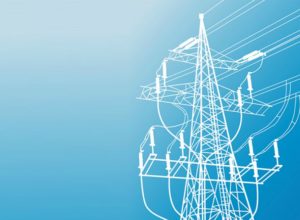