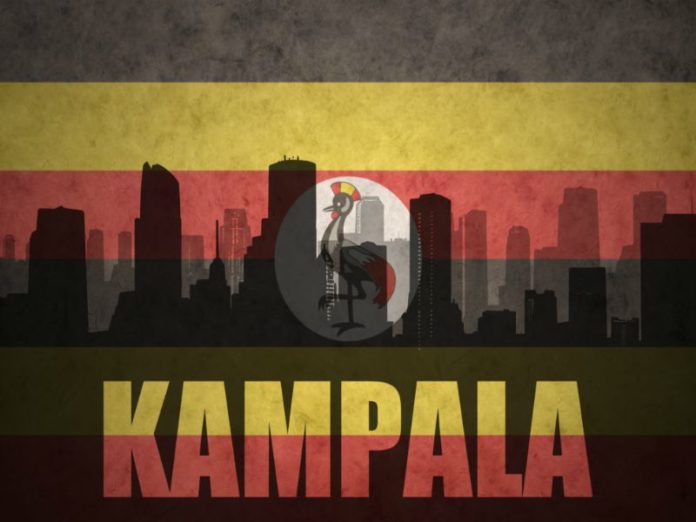 Exclusive interview with Dr. Eng Harrison E. Mutikanga, CEO of the Uganda Electricity Generation Company Limited (UEGCL). During the upcoming Future Energy Uganda in Kampala in September, Dr Mutikanga is a featured panellist during a session titled: “What are Uganda’s generation expansion plans”.

“We are developing an alternative energy mix to reduce the heavy reliance on hydro which contributes over 80% of the total installed capacity, and as such, we are looking at developing geothermal and solar”

Can we start with some background on UEGCL, there is a proud history there.
UEGCL was incorporated on 26th March 2001 under the Companies Act (Cap 110), the laws of Uganda and in conformity with the Electricity Act, 1999 and started operation on 1stApril 2001. The mandate of UEGCL is to establish, acquire, maintain and operate electricity generation facilities and to promote research and development in the electricity generation sector while running the company on sound business principals.

Vision
The vision of UEGCL is to “Be the Leading Power Producer in the Great Lakes Region”.

What does your role at UEGCL entail?
I am the CEO at UEGCL, and my role is mainly that of strategic leadership and guidance.
My role entails;

•    Establishing the strategic vision of the company
•    Ensuring that the vision is accompanied by actionable strategies and initiatives.
•    Stakeholder management
•    Directing, motivating and empowering of staff in carrying out their duties.

As CEO, we formulated and launched a 3 Strategic Direction 2015 -2017, which aims at rebranding and repositioning the company as a leading power producer in the Great Lakes region. Among the strategic priorities set out is the need to increase shareholder value, meet customer expectations and citizens’ aspirations. It is for this reason that the theme adopted for the strategic direction is Generating for Generations. As one of the major strategic objectives, UEGCL is also developing an alternative energy mix to reduce the heavy reliance on hydro which contributes over 80% of the total installed capacity, as such, we are looking at developing geothermal and solar. UEGCL has also put up a unit of business performance that has developed an indicator called Customer Satisfaction Index to evaluate the level of customer satisfaction through periodic questionnaires. We are currently in the process of formulating our second Strategic Plan for the period 2018-2023.

Any specific projects that UEGCL is currently involved in that you are particularly excited about?
In the next two years, about 846MW of electricity will be added on to the grid. This will be achieved through the implementation of the Karuma (600MW) and Isimba (183MW) projects. Other projects in the pipeline are the Muzizi (44.7MW) and the Nyagak (5.5MW) hydropower plant projects for which construction works are due to commence next year.

Other projects to be undertaken include four small hydropower sites namely: Maziba SHPP (1MW), Okulacere SHPP- 6.5MW, Agbinika SHPP – 2.2MW, and Nabuyonga – 5.4MW. UEGCL intends to undertake feasibility studies for the aforementioned small hydropower plants whose objective it is to promote access of electricity to the rural and remote areas of Uganda.

What are the main challenges in the power sector in Uganda in your view? And the region?
•    Lack of adequate manpower within the sector
•    Need for coordinated holistic planning in which generation planning and development is carried out in tandem with downstream transmission and distribution.
•    Need to increase access
•    Need to ensure cost effective financing and development of plants so as to ensure affordable end user tariffs

Uganda received a special mention in a recent World Bank study on the “Financial Viability of Electricity Sectors in Sub-Saharan Africa”, saying that it was one of only two countries (together with Seychelles) who have a financially viable electricity sector. It also said that “Uganda had continued to display good operational performance and has made substantial progress in reducing transmission and distribution losses.” This is a great compliment to the Ugandan power sector.  What do you attribute this progress to?
This can be attributed to the good and conducive policy framework which has fostered growth and efficiency.

Prior to 1999, a parastatal Uganda Electricity Board (UEB) was responsible for generation, transmission, distribution and retail of electricity including setting tariffs.

In addition to the unbundling, the Electricity Act 1999 had the following effect:
•    Privatisation of distribution to ensure minimal distribution technical and commercial losses such that upstream investors in generation are guaranteed of their revenues
•    Maintaining the UETCL (the transmission company) as the system operator and single off-taker to guarantee that all the power generated by the Independent Power Producers (IPPs) is evacuated
•    Note: For the hydropower plants, it is the take-or-pay (capacity not energy) arrangement so even if power is not evacuated, IPPs are guaranteed of their payments
•    Putting in place a standard Power Purchase Agreement (PPA) template to minimise the time spent in negotiations between the IPPs and UETCL
•    Unrestricted repatriation of capital by the investors
•    Tariff calculation is using the principle of total pass through of justifiable costs plus a reasonable return on investment. These are agreed upon with the regulator.
•    Automatic Tariff Adjustment Mechanism to cater for inflation and exchange rate movements

All these have contributed to the success of the electricity industry in Uganda.

Uganda is considered one of THE power project investment destinations at the moment on the continent – what in your view are the current opportunities?
There are a number of prospects with Uganda for generation, transmission, and distribution. The government intends to develop a cascade of hydropower plants along the River Nile. Some of the potential sites are shown below.

Other available prospects include:

How important is renewable energy in Uganda’s energy future?
Uganda considers renewable energy as its mainstay for future energy provision. In line with this emphasis is to be placed on the further development of hydropower facilities, and this will be augmented with diversification into other renewable energy sources such as solar, geothermal, and wind. Currently, within the framework of the ongoing Geo-Thermal Policy formulation, UEGCL is exploring the option of entry at point of development (after confirmed exploratory quantum of steam) with an interest on leveraging public finance and therefore cushioning on the impact of the end user tariffs.

In regard to solar, UEGCL has held discussions with a number of companies in regard to the diversification into solar energy. As a way forward, UEGCL will continue exploring solar prospects with an emphasis on off-grid prospects. UEGCL will explore the development of solar-hydro hybrid systems alongside its hydropower stations that are currently under development in Muzizi and Nyagak.

What is your vision for this sector?
In line with UEGCL’s mandate of project development and management of the existing and new generation plants, the company is contributing towards realisation of the government’s vision of a Transformed Ugandan society from a peasantry to a modern and prosperous country within 30 years by carrying out the following;

a)   Ensuring that the existing plants (NPS & KPS) are operated in a prudent manner for production of high quality power for good service delivery.
b)   Ensuring that the on-going flagship projects of Karuma, Isimba, Nyagak III and Muzizi are efficiently implemented and timely delivered.
c)   Developing more power plants to increase the generation capacity thereby increasing access to electricity and spiralling socio-economic development. The socio-economic development would in turn increase the much needed jobs for the youth
d)   Exploring alternative sources of energy (energy mix) as a means of diversifying from the current high dependency on hydropower. Alternatives being explored are geothermal and solar.
e)   Ensuring least cost of generation through undertaking of cost effective generation development, and ensuring effective maintenance through the formulation and implementation an O&M strategy.
f)    Providing employment and capacity building of the existing staff compliment.
g)   Exploring the capital markets for generation facilities through the issuance of bonds and or listing.

How important in your view is the upcoming Future Energy Uganda?
The Future Energy Uganda conference is pertinent as Uganda is at a cross roads in as far as energy status is concerned. Issues that need to be addressed are the ambitious NDP II and Vision 2040 targets coupled with the current low access rate, eminent increase in generation capacity, need to reticulate power to the end users, challenge of high power tariffs and the need for a holistic energy planning platform.

Anything you would like to add?
UEGCL aims to be the leading power producer in the Great Lakes region. Uganda is a member of the Eastern Africa Power Pool (EAPP), whereby regional power interconnections are envisaged to be developed to ease the access to electricity power supply to all people of the countries in the Eastern Africa Region. Our strategic objective in this regard is to ensure operational and investment efficiency so as to realise a competitive tariff.

In order to address and forestall the issue of high electricity tariffs, UEGCL is to adopt a multi-pronged approach. First and foremost, consideration will be given to attracting concessional finance for new projects. With the advent of the new hydro-power projects under construction, UEGCL’s balance sheet will be geared and restructured and therefore attractive various forms of finance including concessional loans.

The second approach will be that of adopting an Indigenous Operation and Maintenance policy for the new hydropower stations under construction. UEGCL is already in the process of recruiting Ugandans who will undergo capacity building and this will therefore create employment and result into sustainable development of the energy sector. This is similar to the model adopted by KenGen in Kenya. All these will result into a lower end user tariff.