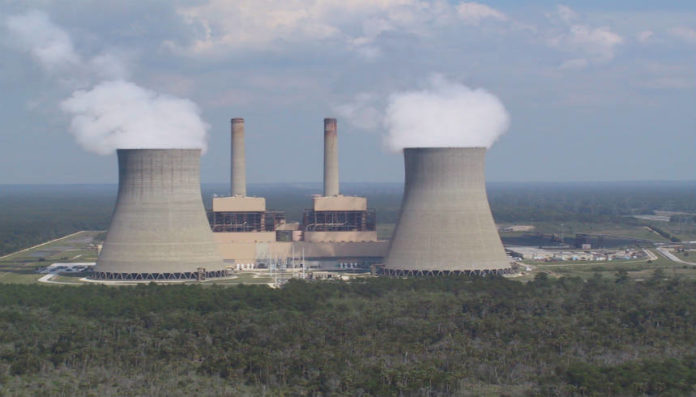 Tebogo Seokolo is the Chairperson of the IAEA Board of Governors. At the upcoming African Utility Week, Seokolo is part of the Nuclear Power Africa session on “sub-Saharan Africa’s nuclear future.”

Thank you for your time Mr Ambassador, you were appointed as chair of the IAEA in October last year. How would you describe the last five months in the position? Were there any interesting developments?
As one of the founding members of the IAEA, South Africa is humbled by the honour and trust that IAEA Member States, through its Board of Governors, have entrusted on its shoulders at a time when this organisation is celebrating 60 years.

This is a responsibility that my country takes seriously. Over the last five months,  South Africa has had the privilege of presiding over  three sessions of the Board which considered a number of critical issues including monitoring of the nuclear agreement between Iran and Permanent Members of the Security Council plus one (P5+1); nuclear related developments in the Democratic People’s Republic of Korea (DPRK); adoption by the Board of Governors of the Technical Cooperation Programme of the IAEA and recently during its session in March, the appointment of the IAEA Director-General.

Are there any specific projects that are in the offing this year by the IAEA that are of particular importance?
The mandate of the IAEA is primarily to prevent the proliferation of nuclear weapons as well as promoting the peaceful uses of nuclear energy. These entail, amongst others, providing technical support to its Members, upon request, to: (a) develop or and expand their nuclear power programmes; (b) use nuclear science and technology to – tackle animal diseases which are also harmful to human beings (zoonotic) as well as those insects that are detrimental to crops; management of water and the environment.

The IAEA will continue during the course of this year to implement programmes and projects to address these issues. The renovation and modernisation of the IAEA Nuclear Applications Laboratories in Seibersdorf, Austria, is the key major infrastructure development project that the IAEA is focussing on.

The construction of the new laboratories has commenced – thanks to the voluntary contribution of around 31 million euros by IAEA Member States. More financial resources are still needed for this project.  Together with the Ambassador of Germany to the IAEA, Mr Friedrich Däuble, I have been privileged to lead efforts to mobilise support and financial resources for this project.

South Africa believes that the dualism of security and development inherent in the IAEA mandate should serve as its strength in order to galvanise all its Members behind its programmes. This is key because the majority of IAEA Members States come from the developing countries, and most derive benefits from the IAEA development programme.

This growing interest for nuclear power on the continent is based on a common understanding of the important role nuclear can play in addressing the countries’ energy security needs and mitigate against the impact of climate change.

Will South Africa’s nuclear success create a road map for Sub-Saharan Africa on how they should proceed going forward?
Perhaps not a road-map but rather valuable lessons on the road traversed. Our experience of managing a nuclear programme spans more than 50 years. We have managed nuclear facilities safely and securely, and over the years we have cumulatively built the necessary human capital. We are one of the 30 countries in the world which generate nuclear power.

We believe this African success story will inspire other countries on the continent to consider nuclear energy as part of their energy mix. However, this requires detailed and elaborate planning as well as consultation with all the relevant stakeholders.

What lessons do you think South Africa can share from its experience with nuclear energy?
Managing a nuclear programme is a complex process. Nuclear technology is a specialised niche technology that requires a highly skilled work force. Consequently, it is necessary for the employees to be continually trained.

Fortunately, South Africa in collaboration with the IAEA offers training to most African States, upon request, on various aspects of the nuclear cycle. In this regard, South Africa has put its nuclear facilities at the disposal of trainees from the continent in order to deepen their practical knowledge of the subject.

South African experts also actively participate in various IAEA peer review Missions both on the continent and beyond as part of the country’s contribution to the development of the nuclear programme in various countries, some with existing facilities and others embarking on new programmes.

Thus, most African countries leverage on South Africa’s infrastructure to capacitate their own. For example, in October 2016 the IAEA in collaboration with South Africa organized a Joint South Africa-IAEA Nuclear Energy Management School in Cape Town, the first of its-kind in the region, designed to help promote and foster knowledge on a wide range of areas related to the peaceful use of nuclear technology.

Similarly, the North-West University and the University of Witwatersrand are in the process of implementing Nuclear Technology Management (NTM) programmes targeting education of present and future managers working in the nuclear sector.

You are part of a session at African Utility Week’s Nuclear Power Africa conference session on “Sub Saharan Africa’s nuclear future” – what will be your message at the event?
I am pleased to be able to take part in the forthcoming Nuclear Power Africa Conference and to reflect on the prospects of nuclear power on the African continent. I believe that for Africa’s economy to grow, it has to address the energy challenges that the continent faces. Nuclear power, together with other renewable energy sources could transition African countries to a more reliable and affordable energy future. Nuclear is affordable in the long term, reliable and is a low-carbon technology.