Nuclear energy currently provides approximately 11% of the world’s electricity needs and has the potential to deliver clean, sustainable, economically competitive energy to complement coal-generated, hydro-electric and other forms of renewable energy.

Eskom’s Koeberg Nuclear Power Station in the Western Cape, supplies 1,860MW, which is about 4.4% of South Africa’s total electricity needs and powers most of the Western Cape.

It is currently the only nuclear power station on the African continent and only one of three in the southern hemisphere.

Operating since 1984, the plant once held the Eskom record of operating without interruption for 454 days. Koeberg Unit 2 recorded a maximum run of 484 days in 2014, when it ran, uninterrupted between 2 refuelling outages – a rare feat.

Koeberg boasts the largest turbine generators in the Southern Hemisphere and is the most southerly-situated nuclear power station in the world.

The plant location was selected for a number of reasons; it is geologically stable, Eskom’s national grid is easily accessible, and the cold water of the Atlantic Ocean is ideal for cooling.

Koeberg ensures that Cape Town is less dependent on the Mpumalanga coal power stations, which are 1.500km away.

This location also benefits Eskom as it reduces the cost associated with transporting electricity across long distances and assists in stabilising the electricity grid.

Koeberg is a frugal water user and saves 22 billion litres of fresh water per annum. Its condensers are cooled by means of sea water, which is returned to the sea after use, slightly warmer, but otherwise unaffected.

In a similar period of time, a coal-fired power station of the same size would use more that 50 million tonnes of coal.

Eskom is a founder member of the World Association of Nuclear Operators (WANO), which sets standards for, and reviews nuclear utilities.

Koeberg’s operations are regulated by the National Nuclear Regulator (NNR), a public entity which is established to provide for the protection of persons, property and the environment against nuclear damage through the establishment of safety standards and regulatory practices.

The Koeberg Reactor operators are tested for competence every six weeks and undergo a full re-evaluation every two years.

Eskom Koeberg Nuclear professionals assist the nuclear industry by participating in reviews of other stations around the world, by participating in WANO peer reviews. Koeberg’s safety is also subjected to regular reviews by the NNR, WANO and the IAEA.

South Africa is geared for nuclear

South Africa is well-equipped to have nuclear power stations and has a nuclear safety culture, with Koeberg having operated safely for over 32 years.

The Koeberg plant is designed to withstand an earthquake of a level 7 on the Richter Scale (occurring at the plant) and an 8 metre high tidal wave. In addition, Koeberg and the City of Cape Town have an emergency plan, which is tested regularly (every 18 months), which is applied onto a radius of 16 km from the plant, as well as contingency plans beyond this distance.

A nuclear reactor is essentially a heat source. Heat is generated through the nuclear fission process, making use of uranium.

The heat is transferred by the primary coolant (water in the case of Koeberg) to the steam generators where water from a secondary loop is heated up and turned into steam. This steam drives the turbine which is connected to a generator. The electrical generator then uses this rotational energy to generate electricity.

When nuclear fuel is first removed from a nuclear reactor, after it has undergone the fission process which releases energy over a period of time in the reactor and this fuel can no longer efficiently sustain a nuclear chain reaction, it is referred to as used fuel.

At this point, used fuel is intensely radioactive and thermally hot.

The volume of used fuel generated by Koeberg is small by industrial standards and must be housed safely so that it does not constitute a health risk to humanity.

At Koeberg, the used fuel assemblies are stored under water in storage racks with sufficient capacity to contain these assemblies for up to 35 years.

Water cools the fuel assemblies and serves as an effective shield to protect workers in the fuel storage building from radiation.

The Vaalputs waste repository is currently the only disposal site for nuclear waste in South Africa and is situated in Namaqualand where annual evaporation exceeds annual rainfall, ensuring that even if radioactivity should escape, it could not contaminate ground water which may find its way to the surface.

The waste is stored in trenches 10m deep and radiation at the surface is almost at natural levels and does not constitute a health hazard.

However, for safety reasons, the site is fenced off, monitored, and access is restricted. 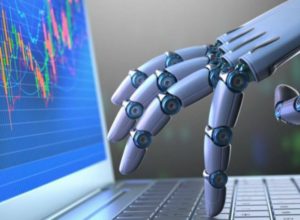