One of the global political issues today is the tension between those who believe that green energy, in particular wind and solar PV, should be pursued aggressively at the expense of fossil fuel power, in particular coal; and those who see the socio-economic benefits of fossil fuels outweighing the risks. Two tribes, each with its own religion, almost.

This sense was reinforced at the recent Africa Energy Forum held in Barcelona during June 2013, which at one stage had the programming split into two streams: one covering renewables and the other covering base load options. The renewables stream appeared to be in a vibrant mood, justifiably so with a big chunk of the capital committed within Africa’s power sector this year being spent on building renewable energy projects in South Africa. In contrast the mood at the base load discussions seemed muted, with people assuring each other that their time would come.

At one such base load session, the minister of minerals, energy and water resources in Botswana, Onkokame Mokaila, commented from the floor that he believed his country’s best route was to maximise and develop its coal energy resources, and that he remained unconvinced by renewables at this stage. Unprecedented for a general comment from the floor, he was roundly applauded by the audience. Here was a minister of albeit a small African country affirming that he is not seduced by the siren of renewables.

But it is not as simple as just two tribes. At a different event, African Utility Week held in Cape Town, South Africa, during May 2013, a discussion panel covered a variety of base load technology options, ranging from modular nuclear reactors to unconventional gas. To liven things up, a question was posed to the audience to respond on whether shale gas is a suitable form of energy to explore.

Such events are attended by a fairly exclusive selection of people who have a stake in and an understanding of the energy sector. One would expect that the people there are not prone to naivety regarding horrible stories about the evils of a particular energy source, yet they voted overwhelmingly against shale gas being a suitable form of energy to explore. It was a little scary. Why would people who are well informed, at least compared to the general public, veto exploration of a potential game changing opportunity for a country like South Africa? Ignorance?

By default most were not impartial observers, nor members of the gas tribe, and probably many don’t want to see shale gas being explored for fear of competition. Reflective of a winner take all mentally encouraged by the fleet based policy approach taken in South Africa? Of course non-gas tribalists would want to believe in the evils and dangers attributed to shale gas, or would want other people to believe in them.

So it is not just two tribes, but many. And South Africa is emerging as one of the centres where extreme forms of energy tribalism manifest. The country’s Integrated Resource Plan (IRP) 2010, due to be updated later this year or soon thereafter, favours a fleet of nuclear generation plants to be established.

However, a New Power Plan, commissioned by the country’s National Planning Commission (NPC) suggests a lengthy or perhaps indefinite delay of the proposed new nuclear power stations in favour of gas fired power stations, even if this gas has to be imported. Some energy sector experts believe that a strong anti-nuclear energy bias motivates that report. Considering the energy tribalism that manifests all over, neither the perception nor the possible reality of such a bias comes as a surprise.

How dangerous is this tribalism? Well, the most alarming claim by this New Power Plan report is that future growth in electricity demand in South Africa is expected to be lower than that forecast in IRP 2010. This claim is alarming at several levels. South Africa’s progress with energy efficiency developments is obviously desirable, but the report claims the country has seen lower electricity demand in recent years. Of course it is hard to increase demand when supply does not exist and projects and investments don’t happen! Does this mean South Africa has limited its ambitions to deindustrialisation and a low growth trajectory over the coming decades? Does South Africa have no interest in the region outside its borders, where there is an acute electricity shortage and massive increases in demand projected? Is South Africa so far behind countries like Ethiopia that have a vision regarding the benefits to themselves and their region through being a major electricity exporter?

Little thought appears to have been given to the nature of South Africa’s aging power fleet, which if carbon taxes are introduced may not see life extension plans implemented. In such a case, some of the country’s large coal fired power stations would have to be retired in just over a decade. Where are their replacements going to come from? Meanwhile, different energy tribes do their best to undermine what they view as their opposition. 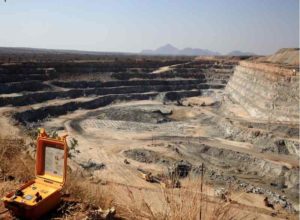