This is the last in a series of three interviews that explore the rationale, outcomes and some of the details of the recently announced emergency power tender, the Risk Mitigation Independent Power Producer Procurement (RMIPPP) programme.

In this interview, we explore some of the issues relating to the selection of gas-to-power over wind, solar PV and battery energy storage for some two-thirds of the generation capacity awarded. Chris Yelland speaks with Department of Mineral Resources and Energy Deputy Director-General, Jacob Mbele, and IPP Office Acting Chief Operating Officer, Maduna Ngobeni.

Why are preferred bidders using solar PV technologies required to buy locally made solar PV panels, which may not available from local manufacturers in the quantities required by the market, and may come at a substantial price premium, while for the Karpowership projects, the powerships, gas engines, floating fuel storage and regasification units (FSRUs) and the liquified natural gas (LNG) fuel (which in itself accounts for about 60% to 70% of the total cost) is allowed to be fully imported?

However, the powerships and FSRUs have subsequently been granted exemption from such designation for local manufacture by the DTIC, who have since concluded that these powerships cannot be manufactured here. However, when it comes to solar PV panels, the DTIC has looked at the South African industry and decided that it is possible to manufacture these locally.

Now, you are suggesting that the local solar PV panel manufacturing industry may not have sufficient capacity to deliver the required volumes. However, based on the bids received, we do not believe this to be the case. Everybody that submitted a bid confirmed that they would be able to source solar PV panels locally, and remember, not everyone that submitted a bid, was selected as a preferred bidder.

Obviously, if successful bidders are not able to source certain designated products or components locally, they can, of course, approach the DTIC and the IPP Office, and we can then deal this together. But, at the moment, we believe there is sufficient local manufacturing capacity for solar PV panels.

Firstly, when we designed the programme, we encouraged projects combining different technologies, such as solar PV, wind, gas and batteries. So, there was that opportunity to do this. We also said that it doesn’t matter where the gas plant is located. For example, the solar PV plant could be in the Northern Cape and the gas plant in Richards Bay or Coega.

However, Karpowership opted not to combine their gas-to-power offering with solar PV or wind. They still came in at a reasonable price, and hence were selected as preferred bidder for three projects. On whether they could combine with wind or solar PV projects in the future, I think that’s a discussion for another day.

We should also not lose sight of the fact that although the powership projects are not contractually combined with wind or solar PV, from a system operation point of view the various technologies are indeed used in combination. Power from gas engines is flexible and despatchable, and can complement variable power from wind and solar PV sources.

So, the system operator has the flexibility to balance the system using this gas-to-power in wind and solar PV projects that we’re still going to procure in future bid windows of IRP2019. There is a benefit for the country as a whole if we look at this at a national level rather than trying to balance the system at the plant level.

Have you watched?
Politics (Zondo Commission), Eskom and coal

Does the tariff bid by Karpowership include all pass-through costs such as carbon taxes, environmental levies and future LNG fuel prices risks? So, if the carbon tax and/or the US dollar price of LNG goes up, will the tariff go up? Is the tariff bid linked or indexed in any way to rate-of-exchange, price of LNG fuel, interest rates, CPI, etc., such that electricity customers and the public are exposed to these future risks? Are the tariffs of the non-gas bidders indexed or exposed to similar market risks? Which projects present more risks to customers and the public?

Maduna Ngobeni: Yes, to start off with, the tariffs bid for the three Karpowership projects incorporate all costs, including the fuel costs, the powership and FSRU lease costs, the operation and maintenance costs, and the environmental levies and carbon taxes.

These costs making up the tariff are not fixed in Rands per kWh over the 20-year contract period, but are indexed to the US Dollar commodity price of the LNG fuel, the US Dollar / Rand exchange rate, the carbon price or carbon tax rate, and other indices.

The carbon tax component of the tariffs bid is based on the level of emissions stated by the bidder at the time of tender. As with changes in the commodity price of the LNG fuel and the US Dollar / Rand exchange rate, any variations in the applicable carbon price, carbon tax rate or environmental levies associated with these nominated emissions are passed through to the customer via adjustments in the tariff bid.

However, any carbon price, carbon tax or environmental levies resulting from emissions above that nominated by the bidder, may not be passed through to customers in the tariff, but must be borne by the IPP bidder itself. So that is how we manage these risks.

Moving on to renewables and battery storage, i.e. wind and/or solar PV with battery energy storage, here there were two bid options. The first option is that the bid price in Rands per kWh is fully indexed to the South African CPI over the 20-year contract period, and the other option is that the bid price is partially indexed. So, at the financial close, the government can decide as to which option it will choose.

Now, if we are to compare gas with renewables plus energy storage, and guess which gives us the best value for money – obviously it depends on where the prices of gas, renewables and battery energy storage are at a particular point in time.

So, from a tariff point of view, if we were to compare a gas-to-power plant with another renewable energy plus battery energy storage plant now, I think gas generally comes in cheaper, as we speak. Obviously, in future, things might differ, depending on where the Rand price of LNG goes.

I am still struggling to understand how the adjudication of a supposedly open and transparent bid process could award two thirds of the generation capacity to a vendor offering high CO2 emissions, low local content, and bid prices that are significantly indexed to the US Dollar commodity price of LNG and the US Dollar / Rand exchange rate for 20 years, over qualifying vendors offering low CO2 emissions, relatively high local content and bid prices with essentially fixed tariffs in real terms over 20 years.

Maduna Ngobeni: The RMIPPP programme followed an analysis of available options identified in the request for information of December 2019 to help close the supply and demand gap in the shortest possible time. The analysis showed that this would require short- or long-term commercial arrangements.

Unfortunately, there is limited power from existing generation plant under short-term power purchase agreements (PPAs), and this was also confirmed through the Eskom procurement initiative. The option of short-term PPAs based on green-fields projects was not feasible due to high electricity unit cost as investors would look to amortise their investment over a short period of time.

Through the RMIPPP request for proposals, the DMRE, therefore, opted for the long-term commitment, to ensure reasonable electricity unit cost taking into account system requirements. The RFP was technology agnostic, and proposals by the bidders had to be tailored to the requirements of the system operator.

The notion that gas will be expensive for the country in the long term might be misleading, and is based on incomplete analysis. It is possible that CPI escalation on the renewable projects might be much higher than the US Dollar / Rand exchange rate and gas price escalation applicable to the powerships projects. It is critical for the country to balance its exposure whilst providing the much-needed flexibility on the system to accommodate additional renewables as per the IRP. 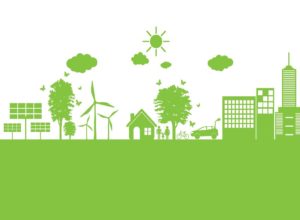 The role of innovation in accelerating clean energy transition