Do you ignore (actively or passively) commentary around gender parity? Or do you make an effort to be part of the solution?

It’s likely that the majority of us fall into the former group – if it weren’t so, then gender parity wouldn’t still be on the global agenda.

How many times have you come across a female technician working in the field, such as dealing with a fault at a sub-station, or managing a geothermal operations site? It is highly unlikely. However, this is changing as pressure is being placed on utilities and companies to face up to and actively engage in addressing gender parity in their workforces.

As more opportunities are provided for women to study in the STEM fields, industrial environments are seeing an increase in female employees as the traditional barriers of gender-specific roles are being broken down.  However, the working conditions that their male counterparts take for granted are sometimes a major obstacle for women.

It’s in these instances where gender parity truly comes into play. Do you accommodate the unique needs of women, or merely expect females to adapt to the existing environment?

An example can be found in the requirements for personal protective equipment (PPE) and clothing, which are essential in hazardous environments. Did you know that women are expected to wear either male or unisex PPE?

The issue is that wearing male or unisex clothing can be uncomfortable, ill-fitting, and creates a potential risk for women. One size does not ‘fit all’, and the solutions should not be driven as such either.

This year, International Women’s Day (#IWD2019) is taking place on Friday, 8 March with an impressive theme of: ‘A balanced world is a better world. How can you help forge a more gender-balanced world?’

What role are you playing in this future scenario? Share your thoughts with me as I would love to hear your views on this topic.


Read the previous note from the editor here. 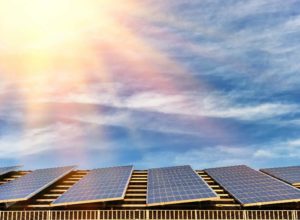