I read, with interest, the latest in a string of claims made by the supporters of renewable energy sources – wind and solar power. The latest claim is that it is possible to supply all of South Africa’s power requirements with wind and solar, with some back-up from natural-gas turbines.

An entire grid made up of solar, wind and natural-gas? Seems logical. We have lots of sun, the wind seems to be blowing all the time at the beach – common sense? Think again, Einstein famously said that common sense is the collection of prejudice and misconceptions collected by the age of 18.

A couple of years ago, the renewable energy industry was kick-started by international agreements such as the Kyoto protocol. It took a while to take off, but suddenly with Germany willing to foot the bill, wind and solar power was being installed all over the world and costs were coming down with falling commodity prices, and manufacturing being moved to China – an entire industry was born.

Money came pouring into research and development and great strides were made. If it was not for the commitment to reduce our carbon footprint, we would easily have stayed with good old reliable coal-fired power plants as it is cheaper and we seem to have abundant supplies.

Climate change: Renewables is bad for the environment

The change-over to renewable energy sources was spearheaded by states in the US such as California, and European countries like Germany. Yet, the carbon emissions from these areas are on the rise.

Enter wind and solar. With wind on average being available only 30% of the time (40% at best in very windy areas) and extremely intermittent, the grid now needs to adapt constantly to this change in supply. This means that suddenly the reliable energy sources need to start throttling up and down on a constant basis.

The sun on the other hand, is a little more predictable on a sunny day but this is only available 20% of the time at best, and usually comes online right after the morning peak and disappears just before the evening peak. This means that the reliable sources need to ramp up and down even more than usual.

Now, like driving a car, we all know how much fuel is consumed when we constantly accelerate and decelerate – city or rush hour driving – compared to constant speed highway driving. Well, renewable energy sources place all the other energy sources in rush hour traffic on the busiest Monday morning of the year, with a jack-knifed truck 3kms up the road. Studies have shown that any more than 5% penetration of wind energy on a national grid results in higher greenhouse gas releases than without it (the study was done on the electricity grid in Texas, US). Of course, studies from the CSIR and others do not take the drop in efficiency of these sources into account.

The effect of using renewables

Increased releases of greenhouse gasses are one thing, but there is one other element that we seem to forget. In high-school science we learned that energy cannot be created or destroyed, it can only be transformed from one form to another. So, where does the electricity we get from wind energy come from? Well, it comes from the wind – taken out of the environment. The CSIR re-optimised energy mix asks for 77GW of installed wind power capacity. That is 77,000MW of energy taken out of the environment – 77,000MW of wind that could have carried rainclouds to the Free State or the Karoo.

Studies from Denmark have already shown that on-shore and off-shore wind turbines have had an impact on weather patterns.

The wind turbine capacity of 77,000MW will also cover an area of at least 18,225km2, that is a square of 135km by 135km of wind turbines – roughly the size of Gauteng – or that of the Kruger National Park if you are thinking about all the wide-open spaces. The CSIR report also asks for 43GW of installed capacity of solar photovoltaic power – this will take up 28,666km2 of surface area – one and a half times the size of Gauteng. This demand in surface area is due to the extremely low power densities of these power sources.

This also assumes that all the installed capacity will spread itself out evenly to supply the projected peak demand of 68.7GW when needed, if not we will still have shortages during some hours of the day and a complete over-supply on other times – I suspect the 43GW of solar PV might find itself oversupplying on a sunny Sunday at noon on a regular basis.

For one moment imagine that the assumptions work out and we cover 36% of the Free State in solar panels and wind turbines, we must remember that these sources are only available 30% (CSIR assumes 40% for wind) and 20% respectively for wind and solar PV, that is why the over capacity is required. We will still require a back-up system for when these supplies are not online. The solution here is natural-gas turbines, it is quick to build and cheap. It does however still produce large amounts of greenhouse gasses, the CSIR report considers this, but something the CSIR report does not consider is the loss of methane into the environment due to leaks, being burnt off or vented, in its production and transportation.

Renewable energy is bad for the economy

Having unreliable energy sources on an electrical grid pushes up the cost of the reliable resources. The reason for this is the reduction in efficiency of these sources, as well as reducing the up-time of these sources required to pay back the capital costs.

This makes sense for supporters of renewable energy, as it makes it even more cost competitive on paper. The reality however is that renewable energy sources will always require reliable backup power, and thus, the average cost of the energy mix goes up per electricity unit.

The solution for this is simple, each energy source should supply its own reliability. For renewables that would be either battery storage or pumped storage hydro schemes. This inevitably results on the quadrupling of the capital cost of the renewable energy source.

The CSIR report claims that renewable energy is cheaper than coal and nuclear, but coal and nuclear is picking up the bill for renewables in that case. Curiously enough, the report also assumes a 30-year lifespan of a nuclear power plant – Koeberg was designed for 40 years, just passed the 30-year mark and on course for a life-extension to 60 years. All new nuclear plants are designed today with an initial life-span of 60 years. A 60-year life-span essentially halves the cost of nuclear per electricity unit from that of the CSIR report.

Corruption is not unique to the nuclear industry; the nuclear plans in South Africa have been well documented and reported – more than any other proposed infrastructure development plan in the country. The nuclear ‘deal’ is often compared to the arms deal, well, the arms deal happened out of the public eye and was brought to light by a whistle blower.

The nuclear ‘deal’ on the other hand is played out in the media. The main (and only) source of the allegations – an announcement (made as an open press-release) by the Russian company Rosatom, that it signed a contract with South Africa to investigate the opportunities of supplying South Africa with nuclear power plants. I find it difficult to see the similarities.

It remains our duty as civil society, political parties, industries, academia, the media and all stakeholders to scrutinise every deal that is done, whether it is nuclear or any other technology or industry. We need to hold our leaders to task, to ensure that we can make our dreams for our country a reality.

Nuclear power, has the potential to produce clean and virtually greenhouse gas free electricity at an affordable cost – becoming cheaper over time.

Koeberg produces the cheapest electricity in South Africa and France (70% nuclear) produces the cheapest electricity in Europe, whilst producing the lowest greenhouse gasses, at the same time the greenhouse gas emissions in Germany is going up. Did I mention that the cost of nuclear includes that of provision for spent fuel management and decommissioning of the plant – the only energy technology sector that does that.

It is no secret that South Africa is still in the grips of one of the worst droughts it has ever faced. The recent flooding in large parts of the country has brought some welcome relief, but the drought is far from over. The effect of climate change can be seen worldwide by an over-pronounced effect of weather phenomena such as the El Nino and La Nina effects, and it will get worse. We can expect to have deeper longer droughts and more floods in future, especially in Africa.

On that point, other countries in Africa have realised in the past 2 years that over-reliance on hydropower will also prove problematic in future due to rivers running dry. Probably the biggest concern for Africa and the world is clean water.

The reality is that 80% of South Africa’s water consumption goes to agriculture. This means that limited water supply inevitably affects our food security and thus, also our economy and the well-being of our people.

As a by-product of nuclear generated electricity, nuclear technology is perfectly suited to produce clean desalinated water from sea water. This is due to the excess heat the plant produces. Nuclear plants built next to the coast, of course, does not use any fresh water sources for cooling, and gets its water supply from the ocean. By coupling it to a desalination plant, it becomes a net producer of clean water rather than a consumer of water. The CSIR report missed that point.

So, while water is in finite supply in our atmosphere, and we still rely on rainfall patterns for that supply, we now, for the first time, have the opportunity to take control of our water supplies.

I would much rather see 36% (or more) of the Free State covered in irrigation systems, than solar panels and wind turbines. This is my biggest dream for South Africa, my biggest fear is the opposite. 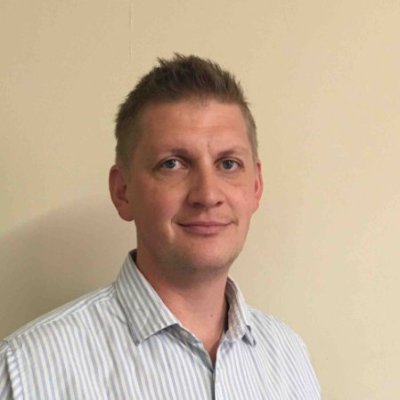 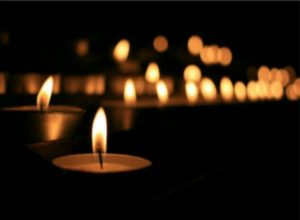 Ed’s Note | As darkness falls across the land…