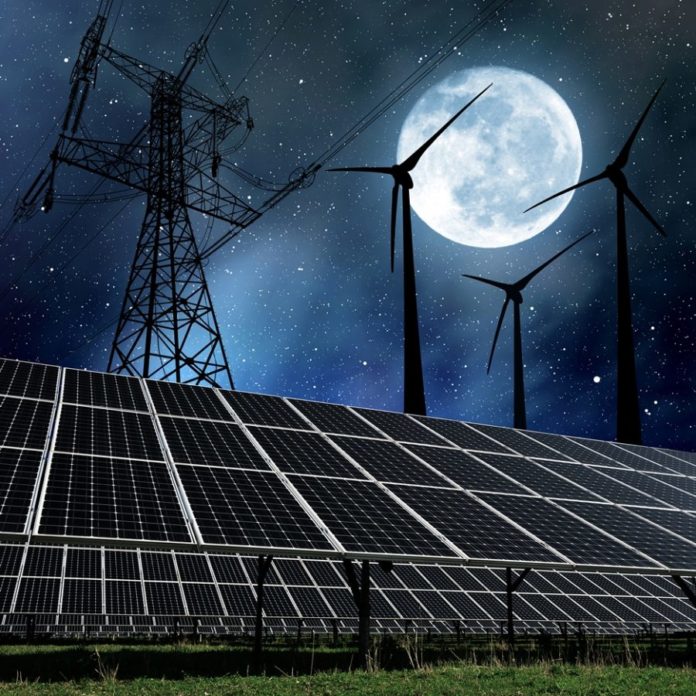 The global energy sector is seeing females claiming positions at executive level, a transition that a traditional ‘male-dominant’ industry is having to rapidly adapt to. US President, Barack Obama’s Power Africa initiative, recognised the need to further empower and illuminate those women that are taking charge and driving the energy sector, by establishing the Women in African Power platform in 2015.

Speaking to ESI Africa in an exclusive interview is Women in African Power member Refilwe Mokgosi, Deputy Director: Logistics & Technical service, City of Tshwane, South Africa and Head of the AMEU (Association of Municipal Electricity Utilities) Women in Electricity organisation. With only 5% of females at management level in the South African electricity sector, women like Refilwe, are determined for this to change.

How did you first become involved in the energy sector?

Growing up, I was in awe of my two elder brothers who both followed a career in engineering; the elder of the two was working for Telkom at the time. Despite not knowing that different engineering fields existed, I was very envious of the work that they were doing and was driven to follow in their footsteps, where I later studied to become an electrical engineer.

What advice would you give to students looking to follow a similar career path?

My student career started at a Technical College as my grades for the two prerequisite subjects for an Engineering degree, Mathematics and Science, did not qualify me for University. By redoing these two subjects to improve my grades, I was able to get both the practical and theoretical knowledge required to complete my degree.

I would like to encourage those who may not have good results in Mathematics and Science, or enough money to go straight to University to consider FET colleagues and practical training to become artisans. These will equip the student with the necessary practical and theoretical training, which gives the student an advantage as they start building their career in the field, they could therefore study further to upgrade themselves.

How did you become a member of the Women in African Power initiative?

I met the organisers of the initiative through the AMEU (Association of Municipal Electricity Utilities) Women in Electricity (WiE) platform, an initiative aimed at women to become a critical mass in the African electricity generation and distribution sector. We immediately established that Women in African Power and WiE share common goals and could learn a lot from one another, such as the WiE pillars.

The WiE initiative has four pillars:

These pillars dovetail nicely with Women in African Power’s efforts to promote the advancement of women in the energy sector.

Denise Mortimer, from the Women in African Power initiative, later arranged for AMEU WiE to attend an “Engendering Utilities: Regional Workshop on Gender Diversity Management & Customer Service” in Cologne, Germany, which Bertha Dlamini, from EON Consulting, and I represented AMEU-WiE. The exposure was invaluable, and we have built great networks. The programme and its achievements to date have been well received by our peers in South Africa. We remain in contact with delegates from Nigeria and Kenya.

What does the Women in African Power initiative mean to you?

It provides a good platform for women to talk about challenges in the sector and assist women in how to overcome these challenges. It gives us time to understand what technologies are out there and what solutions have worked for others that have experienced similar issues.

In a traditional ‘male-dominant’ industry, what challenges have you experienced as a female working in this sector?

When first entering this sector, as a female I had preconceived ideas and societal conditioning that automatically made me feel intimated by the sheer size of the male stature. The constant challenge is that as a woman, you need to continuously tell yourself that you can do this – working double time to ensure that your opinion is given as much consideration as a fellow male counterpart.

Despite going through very similar educational journeys, as a female, you sometimes unintentionally question your abilities to perform certain tasks. You end up having to be too defensive to protect yourself and always cautious of who you are dealing with.

Are men becoming more accepting of a dominant female role in the sector?

Yes, slowly they are becoming more accepting. There are many that have reservations as they do not know how to deal with women in the workplace – I think there should be a programme for males to learn how to work alongside females on an equal standing.

What are your hopes for the African power sector over the next five years?

We want to see an environment where it is easy for women to network, where they feel confident and safe to work in the field. With WiE and Woman in African Power being so closely aligned, in the next five years I see this industry, through the work of these two initiatives, creating an environment enabling women to participate fully and to give more.

Refilwe is currently working for City if Tshwane as Deputy Director in the Energy and Electricity Department. Her roles include standardising and rationalised technical specification, annual equipment contracts required for the procurement of cost effective electrical equipment required for the construction, maintenance and safe operation of the electricity distribution infrastructure,  for use by both the employees, developers and their consultants in the City of Tshwane.

She is AMEU Vice President elect and also a Chairperson of AMEU-WIE. She strongly believes in women empowerment and transformation. Refilwe holds a B-Tech Degree in Electrical Engineering from UJ and Management Development Programme (MDP) from Gordon Institution and Technology Leadership Programme (TLP) from Da Vinci. Currently furthering her studies with UNISA (SBL) doing MBL. Most amazing, she is a comrades marathon runner, and has completed five to date. She is also a wife and mother of two boys.