The competitive nature of rooftop PV in the African market

The growth of rooftop grid-connected Solar Photovoltaic (PV) systems, has exploded in South Africa, and the rest of Africa is likely to follow shortly.

Spencer estimates that the rooftop market has grown from just a few installations totalling an estimated 3MW in 2010, to over 200MW to date over thousands of individual installations, with an expectation of as much as an additional 80MW to be added in 2016.

Nevertheless, the regulatory space is slowly adapting to allow for privately owned generation, although it still predominantly allows for self-consumption options only, where the owners of the solar PV system need to consume all the energy themselves.

Should it become possible to sell back to the grid, as is being piloted in Cape Town, this growth rate is bound to accelerate further.

These systems add to the total network energy security, by reducing network strain during sunshine hours, and have been acknowledged as a contributor to the reduction in load shedding.

[quote]Novel financing options are also starting to emerge from the banks and other funding entities, to make it easier for prospective owners of solar PV systems to access capital.

They include new forms of long-term asset debt products such as lease-to-own, as well as power purchase agreements, where the client does not buy the asset but rather the electricity that the asset produces.

Africa not far behind

In Africa, a similar story is starting to emerge.

Solar-battery systems have become competitive with off-grid diesel options, and the use of Solar Home Systems has exploded across Africa.

Even though these systems only provide a limited amount of electricity, perhaps enough to power a few energy efficient light bulbs, cellphone charging, and a small TV, they have revolutionised the times of thousands of people.

Village electrification schemes on centralised village-scale micro-grids are also emerging, where electricity is sold on a pay-as-you-go basis. 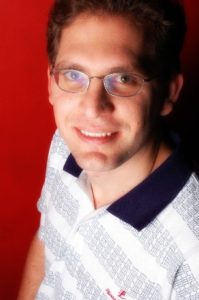 Frank Spencer, South African Photovolatic Industry Association (SAPVIA) board member, has a MSc in Engineering and a BPhil in Sustainable Development, is an engineer by background with 15 years’ experience in the solar industry.