In the UK, London Stansted Airport’s 24/7 operating hours has put the maintenance teams, responsible for the reliability of all low voltage equipment, under extreme time pressure.

At best, engineers had four hours per night in which to conduct predictive maintenance inspections.  By the time they had made the system safe, this window of opportunity reduced even more. This meant the entire inspection cycle was significantly protracted and no system could be checked under load.

With the installation of the IRISS Custom Application Product (CAP) Series infrared inspection windows, the savings in terms of inspection time and associated costs have been significant. 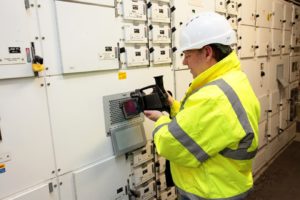 Although the early hours of the morning provide a relatively quiet period for planned maintenance at the airport, passenger processing normally starts around 3:30am by which time all electrical systems must be running.

Whilst parts of the high voltage network can selectively shutdown without compromising the operation, the low voltage equipment does not have similar capacity.

Understandably, the electrical infrastructure at the airport is vast. Power is brought onto the site at 33kV and transformed down to 11V.

The low voltage network feeds all manner of systems in the main terminal building, typically IT and baggage handling.

Therefore, a combination of 72 IRISS windows were installed onsite to allow easy thermal inspection of busbars and multiple components.

He had considered the introduction of infrared windows to complement outsourced thermal imaging surveys and to allow live inspection, but all available products on the market were deemed unsuitable.

He explained: “A small crystal window may have been fine for small switchgear but the size of our equipment meant that we would end up with so many windows, our substation would look like a submarine.

“Even if it had been viable from a practical standpoint, the cost would be huge. And crucially an individual window would be too small to allow the all-important inspection of an entire busbar.”

The ‘Eureka’ moment came when Potter read about the IRISS CAP Series infrared windows made from transmissive polymer.

This fully impact resistant material allows the window to be any size, which is perfect for applications involving large switchgear.

Initially IRISS considered the project in two phases but the surprisingly low cost allowed substations serving the terminal block to be fitted with windows in one fell swoop.

The potential savings in inspection time and the ability to inspect live systems, including the busbars, easily justified the investment.

The IRISS team worked flexibly to complete the job within the time constraints imposed by 24 hour operation.

Having installed an isolation sheet on each cabinet, the thick door panel was removed to the access road where the required hole was cut with a jigsaw and the appropriate IRISS CAP Series window fitted. 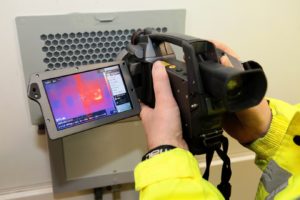 This work continued until a total of 72 windows had been installed, comprising a combination 6”, 12” and 24” products all available in the standard range.  The largest window is ideal for the thermal inspection of busbars and multiple components.

The CAP product can be fully customised to suit the application and benefits to users are manifold.   A window no longer needs to be round, nor is its size restricted; a crystal window by comparison becomes too fragile beyond a 4”diameter.

For the first time the airport had a benchmark for trending future performance and the assurance that everything is working optimally.

Potter said: “Quite simply, this was not possible before we installed IRISS CAP Series infrared inspection windows.

“We were able to check individual circuits when they were switched off but busbars continued to be a particular concern. They contain a huge amount of copper that absorbs a lot of heat over time before they go into fault status. You can’t see this if the system isn’t live.” 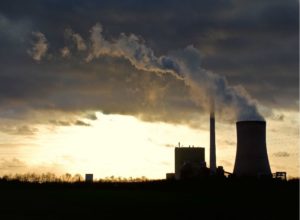 Ed’s Note | In the name of coal