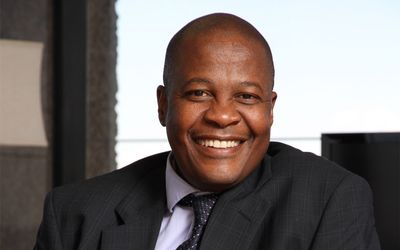 “By the end of the decade we will put a man on the moon” – President John F. Kennedy

“I am constantly asking my colleagues what the Eskom equivalent of putting a man on the moon is, because as a leader you have to find the equivalent of this vision for every organisation. When I arrived at Eskom, it was not to make the organisation efficient, it was to end load shedding. Now that load shedding has been significantly reduced, we want to connect every single South African to the power grid. As a team we must assess which out of all of the objectives is the most important – it must not be pie in the sky – it must be practical.”

This interview was undertaken with then Eskom CE, Brian Molefe, three days before the State of Capture report was released.

Brian Molefe has become the man that South Africa’s media and the public loves to hate. Any positive influence he may have had on Eskom or the state of the power sector in South Africa has been nullified by the release of the report. The credibility or truth of the implied wrongdoing in the report is not for us to determine at this stage. What really went on during the period in question may never come to light, yet this is the not the purpose of this piece.

Has he made a difference in terms of Eskom’s performance in the short to medium term? Possibly; possibly it is the result of actions already put in place before the start of his tenure. While some of his decisions may be under scrutiny, as a leader within the organisation during a time of crisis, it is worth looking beyond his current difficulties and getting some insight into how Molefe perceived himself, his position and his role as a leader.

Who were your role models during the pivotal stages of your life?

From a leadership point of view, the late Nelson Mandela would have inspired most people in South Africa. I had the privilege of leading in South Africa at a time when he was President and leading the country, which was very inspiring. I aspire to be a leader like him, confronting issues head on and sticking to what I believe in.

What are your top attributes of a successful leader?

A team is only as strong as its weakest member. If you imagine climbing a mountain such as Mount Everest or Kilimanjaro with people whom you are leading – a successful leader faced with all the challenges along the path will lead his people to the summit and safely back down again – including the least fit amongst them. A leader must keep a team focused during difficult times and understand that the summit is not the end of the journey, but rather that the journey ends when everyone is back home safely.

From a leader perspective, who inspires you the most?

My father – he is a great leader who has been able to raise a complex soul such as myself through very difficult circumstances.

What leadership qualities are lacking in the African power sector?

People want to have hope in difficult times, and this is a commodity that leaders should never be in short supply of – the ability to give hope within realistic parameters. Leadership is an art, it is something that you become good at and improve over time through experience. A leader has a clear idea of what they want to achieve and their mission in life is to show the world what they had in mind – they are peddlers of hope and should continue to demonstrate this to the people that they are leading.

What values do you demonstrate as a leader?

I think I demonstrate authenticity – I never pretend or mask difficulties or claim easy victories, and I never tell lies. Authenticity is the most important trait of a leader – be yourself.

Despite daily distractions and pressures from the media, I remain focused on the task, and I am able to break away from it each day, returning home to another ‘world’. Once you are committed and focused on working toward a particular goal, it is difficult to become distracted; however, if you take to heart what is happening on the periphery, you will lose focus.

When I assumed my role at Eskom, the core focus was to end load shedding everything else was a distraction.  Even now as we are concentrating our efforts on 100% electricity access for all South Africans, we have to remain focused and not get distracted by disturbances along the road.

What is your greatest weakness and strength?

My weakness is that I have a temper and distract myself by becoming too emotionally involved in my role but conversely, my strength is that I am focused and I can overcome these emotions very quickly and move on to achieve the main objective.

What is the one thing in your opinion that people commonly misconceive about your character?

Sometimes people think that I am aloof in the way that I communicate and do certain things in business, however, even when I may appear to not be engaged, I am in fact engaged.

How do you motivate a team after experiencing a defeat at a time of low energy and enthusiasm?

Entering Eskom at a time when morale was low, it was important to get to know and understand the people as individuals. As a leader you to need to get to the point where you can relate and communicate with employees as one human being to another, not as a number, rank or position.

Eskom holds employee engagements, where I get the opportunity to talk to the employees and I make it a point to emphasise their individual career plans, not the objectives of the company. Although company objectives are important, the employee is more valued than the objective, because, without a dedicated and valued team, the objectives cannot successfully be achieved.

If I had to choose between my customers and my employees, I will choose my employees because, in this instance, they are paramount and if they are happy, they will ensure customer satisfaction – which in turn has a positive effect on the company.

What do you consider your greatest achievements since your appointment at Eskom?