ESI Africa spoke with Frans Pienaar, Chairman of Inyatsi Construction Group Holdings on infrastructure development as a way to encourage investment, create jobs and develop the right environment for economic growth in South Africa and in the continent.

Listen to the full interview with Frans Pienaar

Exploring the quick-win projects at municipal level is a good place to start, where uncovering infrastructure projects for development can put townships on the map.

Pienaar explains that in this way each municipality can make a difference as they are close to the solution. However, at national level: macro projects can also have an impact, such as the Lesotho water highlands project.

Furthermore, Pienaar would advise government to prioritise the projects that have already been identified for development and to find a way to get these to market quicker – without going over deadline and budget.

[quote]Eskom’s maintenance programme has a significant civil engineering component for the construction industry, which creates an opportunity for the whole industry.

Pienaar believes that “large client bodies like Rand Water and Eskom have a very important role to play in organising big businesses into developing smaller companies into the partnership model.”

Listen to the full interview with Frans Pienaar

In terms of transformation, the construction industry doesn’t have a good track record and now is the time to rebuild trust, “we have to have a real solid focus on making transformation part of our core business in efforts to make a change to the economy that we are operating in.”

In terms of job creation, Pienaar advises candidates to “qualify yourself as highly and quickly as you can. So if you have the opportunity to do that, peruse that with everything that you have.”

It is important for employees to communicate their long term relationship with employers, as that creates loyalty between employer and employee leading to skills development. 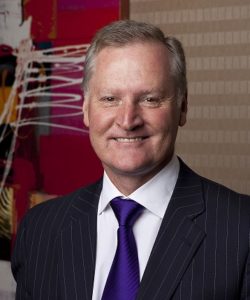 ed Inyatsi Construction in 2004 serving for five years first as General Manger then Managing Director before being promoted to CEO in 2009. As part of the company’s senior management Frans has been responsible for the profitable and sustainable running of the company in the construction industry in Swaziland. Frans played an instrumental role in facilitating new ownership of the company and its expansion into the Southern African market and the rest of Africa, establishing Inyatsi Construction Group Holdings with subsidiaries in four countries.