expert insights  in the panel discussion on: Options available for financing large capital intense projects, such as nuclear, at the upcoming Nuclear Power Africa, part of African Utility Week in Cape Town in May.

Let’s start with some background on your organisation and your role there.
I am a Resident Economics Analyst at GBS Africa on energy issues with a number of related tasks among them being to identify various thematic issues, carrying out research on an entire energy ecosystem that will inform policy to all stakeholders. This can be in team facilitation (working groups) as well as individual assignments since 2015.

I am a resource person, an Energy Economics lecturer to be precise. With Karatina University, a Public University in Kenya, My role entails teaching Economics, as well as Policy planning, Design and Analysis modules at the University. I have also engaged in assisting senior faculty members in research work for the last seven years. I have also worked as a Lead Engagement person in Kenya for the Extractives Hub 2017.

I am passionate about writing and I have done quite a number of scholarly research papers on energy issues that have being published by OGEL Journal, an Energy Journal based in Netherlands. I am a regular columnist with leading print media in Kenya and East Africa.

Are you currently involved in any energy sector projects that you are particularly excited about?
I am particularly excited to be working in an Energy forum for the Extractive sector-Working group, domiciled at Strathmore University extractive directorate, which among many tasks, is to bring together all stakeholders in the Mining and extractives sector (by extension Energy segment) to deliberate various thematic issues that are pertinent. Presently the forum is getting observations and bringing together all stakeholders with a view of identifying appropriate policy options on local content in the oil and gas sector in Kenya and East Africa.

You are part of a panel discussion at Nuclear Power Africa at African Utility Week on “Options available for financing large capital intense projects, such as nuclear”. What in your view is the appetite for investors to fund nuclear projects?
The availability of a clear and coherent policy framework, legal and regulatory instruments that make the area of financing a big project, such as those in Nuclear Energy more predictable to investors. For example, how will the policy on Public Private Partnerships midwife nuclear industry in a given country? How can we leverage on avenues such as Special Purpose Vehicle (SPV) to aid financing nuclear industry?

Is there appetite for investors to fund nascent projects (nuclear energy projects)
The definitive answer is YES.

The will being exhibited by the political class across a number of countries that have shown interest in adopting nuclear energy as part of the energy mix, and the profound engagement experienced between governments and a good number of industrial players most who are vendors at this point in time. I must say there is light at the end of the tunnel, the horizon for Africa is very promising.

How will nuclear boost Africa’s economy?
Energy is regarded as a critical enabler in development of a nation. Most developing nations have established a blue print developmental agenda that will see them transit to middle-income competitive countries with a decent livelihood. What you must understand, and in the fullness of time you will appreciate this, is that for this vision to be realised, energy is key as it drives all sectors of the economy. The most important thing is that as envisaged in the Energy Charter 2015, as well as Sustainable Development Goal No 7 to be precise, the emphasis now is on the energy security, which narrows down on three aspects: reliability, sustainability and affordability of power.

If the conversation around these three aspects has to be sustained, nuclear energy ought and must be considered in the energy basket and more so to have the energy diversification aspect that is envisaged in a number of international policy instruments and much talked about in the energy space.

How can investors be convinced to invest in the nuclear energy sector?
Once the entire policy, legal and regulatory framework and required structural institutional arrangements in respect to nuclear energy are in place, as well as political will by the host government is demonstrated, then this will create a favourable nuclear energy ecosystem for investors.

It should be noted, however, that this requires concerted efforts from all stakeholders and players in the Nuclear Energy Sub sector i.e. from the IAEA, Government, and various Authorities (eg) KNEB Kenya Nuclear Electricity Board, the public as well as industry all should look to play their roles.

As you may know the public debate in South Africa focuses a lot on what is described as the prohibitive costs of nuclear. How do the costs between nuclear, coal and renewables compare?
Cost is a major thematic issue in the entire energy space ; I am currently preparing a Research paper entitled : Nuclear Renaissance: the future perspective for Nuclear Energy, and among the many thematic issues I’m interacting with is Cost of Energy, vis-à-vis cost of Other Energy sources. In my view Nuclear Energy has significantly high initial costs but very low operating costs vis-à-vis other energy sources like renewable energy which has relatively low initial costs and periodical costs involved in operation which eventually become very high.

On the other hand, coal energy presently is considered an outdated source of energy given it does not meet various conditions of clean energy. In addition, it’s difficult to realise the expected energy supply from various sources of energy due to certain issues such as the availability of hydroelectric dam sites, the presence of for example Geotectonic sites for harnessing geothermal energy, hence the only conversation that should be sustained is a decent conversation of how all these energy sources can complement each other.

Do you believe that nuclear is part of Africa’s energy mix going forward?
Nuclear is certainly part of the energy mix in Africa, this is partly demonstrated by the desire to domesticate various institutional arrangements, for example the Kenyan government has ratified the 2015 Energy Charter, which among many things envisages the energy security and diversity which many other African Countries have ratified.

In the session paper No 4 of 2004, a policy document, among the issues the paper appreciates, is the need for energy diversity as a way to having all energy sources, and nuclear is among those being considered in the energy basket, as well as among the many measures that have been incorporated by various Governments.

In addition there is also considerable political goodwill being demonstrated across Africa from Zambia, Ghana, South Africa, Uganda (recall President Museveni’s address to the Security Council of United Nations on Non-proliferation of nuclear weapons during which he stressed the need for Nuclear Energy in Africa) and lastly, Kenya.

For Kenya, it is interesting to note that the IAEA has been engaging the Kenyan government in a very profound way. In mid-2016, the body was in the country carrying out the Nuclear Infrastructural Review programme and gave some recommendations, among them was to have a stand-alone Nuclear Regulatory Board. I want to report at the present climate the Nuclear Energy Bill is before the floor of parliament clearly this is enough demonstration that nuclear is part of the energy mix going forward.

Would it not be more efficient for African countries to work together on a continental energy master plan?
I could not agree more. This in my view is one of the available options to having a low tariff on the continent. You will realise that tariffs on the Asian continent, for example China, are very low compared to our jurisdiction. One way in which tariffs can be reduced is by leveraging the various power pools, Eastern Africa Power Pool, Southern Africa Power Pool and all available power pools. Henceforth there is a need to have a continental energy master plan if we are to make Africa the frontier of choice, if we have to sustain the Africa Next Frontier narrative.

What will your message be at Nuclear Power Africa in May?
I have been a European history student before, especially during my A-levels, and I recall a model question that my teacher would periodically ask, which is what I am going to use as an analogy to answer this question, and the question would go like this: In a given year, Europe reached a turning point but refused to turn. Discuss. In these times we are living in, Africa has reached a turning point and no matter what it takes, Africa must turn. The onus is upon us to try and turn the African ship in the right direction. It is my prayer and strong belief that a forum such as African Utility Week will help inform the right policies that can be adopted by various countries in an attempt to shape the energy ecosystem going forward.

Anything you would like to add?
The conversation on energy has to be approached holistically. I mean what every stakeholder needs to begin to interrogate among many issues is, for example, the role of renewables in the energy sector in the economy; should economies adopt and pursue the feed-in tariffs or auctions in the renewable energy fields? What brings value for money to the general populace?

You know issues like that – now it is very certain that developing nations cannot adopt cost–reflective tariffs in the electricity segment. How best then can we guarantee prudent financial management in the capital expenditures and at the same time ensure there is efficient use of power, such that there is a balance between cost– subsidy tariff and cost- reflective tariff paid by power consumers, so as to avoid significant budget constraints on governments on the one hand, as well to take care of the general public, who are the major power consumers on the other. 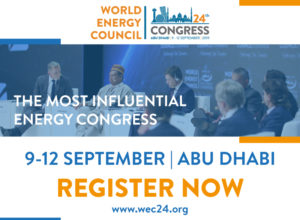