Nuclear Education, Science and Technology (SAN-NEST); R&D Programme Manager: Advanced High Temperature Reactor (AHTR); Honorary Research Fellow: University of the Witwatersrand. Dr Cilliers is a regular commentator and speaker at African Utility Week, he returns this year as a panellist during the Nuclear Power Africa conference at the event.

“A nuclear build programme’s contribution to GDP will be staggering as an enabler of economic growth and job creation, directly, indirectly and inducing new jobs in other sectors – far more than industries that rely heavily on import and local assembly.”

Why is nuclear still the right choice for South Africa in your view?
In the last couple of years the fight against climate change and carbon emissions has intensified with more and more countries recognising the role that nuclear energy plays in reducing the carbon emissions of electricity grids. We have also seen the increased dependence of natural gas or coal in grids that is focusses entirely on renewable energy for CO2 reductions, in these grids saturated with renewable energy the CO2 reductions have stabilised around the 450gCO2/kWh mark. In grids with large nuclear or hydro capacity these levels are reduced to less than 100gCO2/kWh.

We also tend to forget that many of our coal stations are reaching end of life within the next 10 years, we are already seeing the operation and maintenance cost of these plants rising. We need to plan to replace these coal plants with nuclear plants, we have no other option.

There is an intensive, on-going debate about nuclear in South Africa. Do you believe that the conversation about nuclear is too influenced by politics currently?
The debate playing itself out in the media is not a truthful debate, it is initiated by a small but vocal group of self-serving anti-nuclear lobbyists. In fact I do not even believe that a renewable energy vs. Nuclear debate should exist at all although I have seen some renewable energy Industry proponents being swept up in the debate. This is not only harming the Nuclear sector, but also the reputation of the renewable energy sector. With that being said, I realise that being supportive of nuclear in the public space has become unpopular and this is unfortunate. When assessing various energy technologies on its own merit, nuclear will always form an integral part of the energy mix.

We keep hearing that the cost of a nuclear new build is unaffordable for South Africa at the moment. Are there smaller projects that could be considered?
Nuclear energy is certainly not any more expensive than any other energy source. The large 9,600MW nuclear programme has created an impression of a single expensive mega-project, when in fact the purpose of the fleet approach was to drive down costs over time and increase the learning rate (we should still work to achieve this). This should be broken up into smaller chunks, for example, should two nuclear reactors be added to the current plant at Koeberg, the cost would be no more than the guarantees already provided by treasury for the current IPP programme, whilst two nuclear reactors would produce more units of electricity per year (and more reliably) than the units on IPP programme. I agree that South Africa’s fiscus is constrained at the moment, I believe this will change and when it does we need to be prepared. If we cannot afford nuclear new build we cannot afford any new build. We also have to remember that the new IRP has not been gazetted and with an outdated IRP, I find the approval of any energy projects (including nuclear) irrational. From my answer you might detect some annoyance with the level of hypocrisy we find in the energy sector today.

Can you share any specific nuclear projects that you are involved in currently that you are particularly excited about?
In 2016, Eskom revived the PBMR project on a small scale focussing on research and development (R&D) with one goal in mind – “How does the nuclear plant of the future fit into and support the future energy grids”. We now call it the Advanced High Temperature Reactor (AHTR). I am leading the R&D team and what excites me the most about the project is the innovation we have managed to build into the concept. Not only does the plant scale wonderfully well, it also provides the ability to store energy when intermittent electricity sources (wind & solar) come online without sacrificing efficiency. This will provide true low carbon flexibility for the electricity grids of the future.

We have also followed the principle of complete passive safety – in other words, should any system fail, the plant will shut down automatically and cool down without any external systems required. This also allows us to aggressively drive down the costs of these plants as conventional active systems are not required. The concept also focusses on localisation of construction and will support the growth of local industries with skills and expertise developed in the South African nuclear and supporting sectors over the years.

You are part of a discussion at the upcoming Nuclear Power Africa in May in Cape Town on: Options available for financing large capital intensive projects, such as nuclear – what will be your message at the event?
Specialists in South Africa are currently working on a project to determine the macro-economic impact of nuclear build programmes on a country in partnership with the International Atomic Energy Agency and 15 other countries. What we are seeing is that the contribution to the GDP from these projects (during construction and operation) is staggering as it becomes an enabler of economic growth and job creation, directly, indirectly and inducing new jobs in other sectors – far more than industries that rely heavily on import and local assembly.

What we also see is that when such a project is financed with vendor or foreign financing the positive impact on the GDP is even larger as it contributes to asset creation in South Africa (like buying a house with a home loan, as opposed to buying a car that depreciates in value on a loan) – this of course is possible at very low interest rates. We also have to remember that nuclear plants operate for 60 years or more when other energy supply projects require recapitalisation and refinancing after 20 years. This is the reason why so many countries are moving towards building nuclear plants as the foundation of the electricity supply mix, supported by clean sources such as solar and wind.

Anything you would like to add?
In 2018 we see a number of nuclear plants being commissioned worldwide and connected to the grid. This follows only six years after the Tsunami in Japan damaged the Fukushima Daiichi nuclear plant when the whole nuclear industry paused and conducted stress tests on existing plants and designs. This is indicative of the progress made by the industry, but also fact that in most cases, the construction schedules are not exceeded when building new nuclear plants. We will see more and more nuclear plants coming online in the coming years and the benefits for the countries building them will be radically reduced carbon emissions, electricity security, grid stability and economic growth. 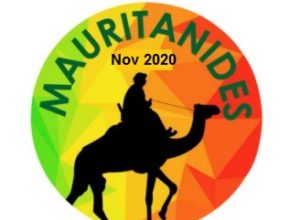