Exclusive interview with Jan Martin Witte, Senior Project Manager at KfW Entwicklungs bank, who will address the Finance and Economics track at the upcoming African Utility Week on “The GET FiT renewable energy alternative funding mechanism”

Can you give us some background on the initiative and the role of KfW?
KfW together with Deutsche Bank has been developing this new programme. The background to this initiative is Uganda’s renewed generation shortfall expected to kick in in 2015. In order to avoid load-shedding or procurement of expensive emergency generation capacity until commissioning of the next large hydropower station on River Nile – expected for 2019 at the earliest – Uganda will have to bring at least 150 MW on-stream within next 3-5 years.

In July 2012, the Bujagali Dam was commissioned on the Nile.  But even with this new project, the demand projection is that the country will move into a shortfall again by early 2015.  There has been a huge growth in additional demand for energy due to a growth in customers, the new oil and gas industry etc.  So it is clear that Uganda somehow needs to fast track new sources of generation.  There are larger hydro stations in the Nile being developed (including HPP Karuma and HPP Isimba) but the lead time and required time for construction is very long.

While the government is promoting small scale renewable energy and there is quite a significant pipeline of ready-to-build projects, no PPA has been concluded since the launch of the new REFiT in 01/2011.  This is mainly due to the following challenges:

The GET FiT renewable energy alternative funding mechanism is designed to deal with both these issues:

This will provide a strong incentive for private developers to bring projects to market.  It will also encourage commercial banks to enter the sector.  The implementation of the programme is anticipated in February 2013 when the first request for proposals will be sent out and published.

Why is this concept unique?
This concept is unique and innovative because we try to incentivise the private sector to get involved and so leverage more private capital for investments in renewable energy generation in Africa.  The traditional way in the past would be to provide cheap credit lines to commercial banks in countries to finance these projects.  However, the problem in Uganda is that the local banks have not entered the renewable energy financing sphere yet so there is limited interest and capacity at this stage to become involved.  Our mechanism will provide support directly to projects.  The combination of the proposed World Bank guarantee mechanism (which would for the first time be applied to a series of smaller renewable energy generation projects) and the GET FiT tariff increment is something that has not been done before.

Furthermore, in development projects the money is usually provided upfront.  In this case, we will provide the tariff increment to the investors once the projects have delivered electricity – we shift the entire performance risk to the private sector.

Is this specifically aimed at Africa or the third world in general?
We are starting in Uganda first, with the idea to move to other countries eventually. We are currently looking at Zambia, Rwanda, Ghana and Tanzania. However, the legal and regulatory framework conditions for private investments in energy must be right ¬– we do not expect easy replication of GET FiT from Uganda to other markets.

What kind of timeline and budget do you have for the implementation of the GET FiT mechanism in Uganda?
Our aim is to support a limited portfolio of 10-15 projects with a total capacity of 125 MW.  We envisage three to four proposal rounds and to commit the money by the middle of next year.  We have a committed budget of US$80 million.

What has been the response so far?
The response from the Ugandan government has been very positive.  The developers and the banks are also quite enthusiastic – and we hope this will provide the final push to provide final implementation of generation projects.

What have been the main challenges so far?
Preparation always takes longer than you think.  This is a very complex process. We are not just putting money on the table, we are also engaging the government, commercial banks and investors in a process to remove other roadblocks to investment. That for example includes a revision of the standardised Power Purchase Agreement and the standardised Implementation Agreement, as well as a process to clarify government’s interconnection policy for small-scale renewable energy generation projects. These issues require careful discussion and expert input, and do not happen overnight.  Also, for many donors to support the private sector directly is a new concept – they ask many relevant questions.  So it has been educational on all sides while also providing incentives to stimulate private sector investment.

What will be your message at African Utility Week?
African governments and donors alone will not be able to finance the huge energy infrastructure requirements that lie ahead of us. The private sector will have to play a crucial role, by providing capital and expertise. Proper regulatory and legal enabling conditions need to be place, however, for the private sector to come. GET FiT is one small way in which donors and DFIs can support reform-minded governments in the region to leverage private capital for investment. 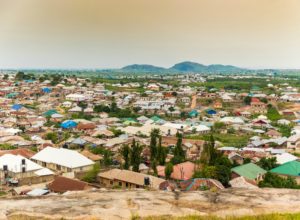