Eskom has implemented regular power cuts this year to prevent the national grid being overwhelmed as South Africa faces its worst energy crisis in decades. Power outages are costing the country between $1.7 billion and $6.8 billion a month, according to Minister of Public Enterprises, Lynne Brown. 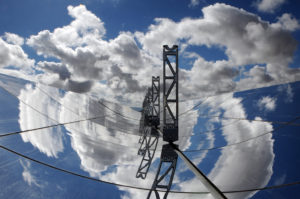 The solution to the energy crisis might be at home as the country’s renewable energy independent power producer (REIPP) procurement programme, is considered hugely successful for renewables and combines the benefits of an auction-style programme with sufficient criteria to provide assurance that the projects are viable.

The combination of excellent wind and solar resources, vast land availability, a strong domestic manufacturing capacity and increasing commitment to renewable deployment from the government and financing institutions, create an encouraging picture for South Africa. Concentrated Solar Power (CSP) in particular, stands out.

South Africa’s daily electricity demand has two peaks, one in the morning and one in the evening. This characteristic makes CSP with storage the most suitable alternative among all renewable energy sources for generating electricity to supply the evening peak demand. Factors such as the increasing energy demand, increasing electricity tariffs, and limited proven reserves of oil should hasten the implementation of CSP at a wider scale.

Despite the delays in the DoE’s announcement schedule and other challenges, the South African market continues to generate great interest among international developers and financing institutions, who will be meeting at the CSP Today South Africa Conference & Exhibition on 14-15 April 2015 in Cape Town. Find out who’s attending here: http://goo.gl/ahzqea

Eskom partners with African Utility Week for next five years