As Tanzania’s leaders are praised for its peaceful handling of elections, an increasing number of projects are appearing which show case a country that is maturing, growing in confidence and cooperating with the right kind of partners to help it achieve its long term goal of becoming a regional hub.

The Powering Africa: Tanzania investment briefing will take place from 3-4 December at the Hyatt Regency Dar es Salaam hotel. The meeting is designed for professionals active in Tanzania’s power and infrastructure sectors to meet with government decision makers and stakeholders to address the opportunities for investment and project development.

Tanzania’s first ‘mega infrastructure project,’ the Bagamoyo Port, will reportedly provide Tanzania with an increased role in the global economy.

In addition, the rail network currently being developed will link its neighbours to the West and South, increasing efficient export and regional trade. These projects combined with an increasingly mutually benefitting relationship with Kenya (who itself is building transformative infrastructure for the region to the North of Tanzania) will act as anchor programmes to significantly increase industrial output.

The country’s electricity strategy includes captive power, off-grid and major electricity projects which are all currently in development. The Tanzania Electric Supply Company (TANESCO) is readying the procurement process for 25 power projects and the REA is driving decentralised and distributed power strategies for smaller scale solutions.

A couple of projects are due to be announced in December, with TANESCO detailing the procurement process.

Simon Gosling, Managing Director at EnergyNet commented: “We’re extremely excited that TANESCO’s Managing Director Mr. Mramba and his team are once again sponsoring this meeting – but what’s really exciting is how the service sector has grown in the last two years.

“That level of interest is a clear indicator that bottlenecks we have addressed in the past three years at Powering Africa: Tanzania are easing. As in previous years, Tanzania’s decision makers and the region’s leading investors such as Songas, Symbion Power, GE and Stanbic Bank will gather to update each other on project tenders and address bottlenecks within the project pipeline.”

For more information about this meeting: 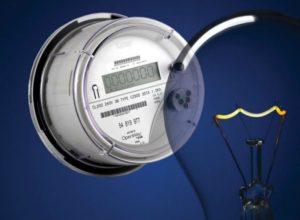